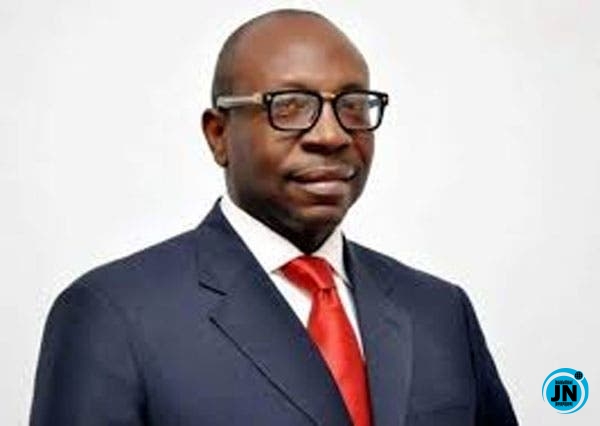 Oiwoh made the call on Tuesday when Ize-Iyamu visited members of the association to sell his SIMPLE agenda manifesto as well as solicit their support.

The Chairman said that the APC candidate was a member of the bar association and needed support from its members.

“Ize-Iyamu is one of us, he has been supportive of our activities so we should give him our support.”

He also appealed to the APC candidate to look into the employment issue of legal assistants as well as financial autonomy for the judiciary if elected governor.

In his remarks, Ize-Iyamu said he would have respect for the separation of powers if elected governor of Edo.

“We will obey financial autonomy for the judiciary and tackle the issue surrounding the employment of legal assistants.”

He said that with his SIMPLE agenda, Edo would experience transformation and development.

“With my SIMPLE agenda, we will have a public-private partnership arrangement that will bring Edo back to life.

“We need to revive Ewu Flour Mill, Leventis farms, and other investments in the state that have become moribund.

“I believe in local patronage and we will patronize our local people to develop our state.”

He accused Gov. Godwin Obaseki of Edo of drifting away from the executive arm and controlling activities in the Legislature.