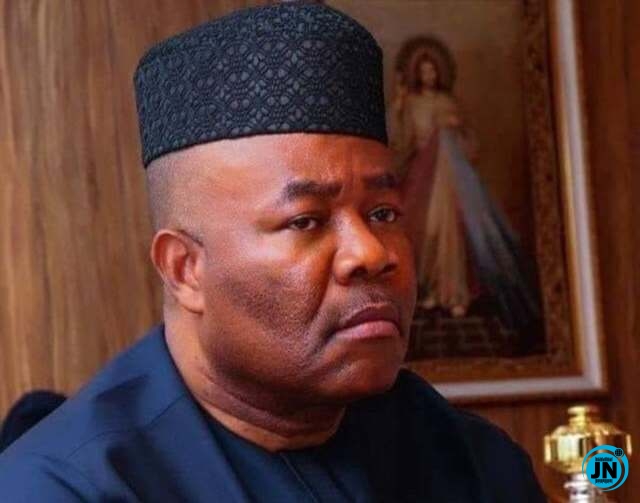 YOUTHS and activists in Niger Delta, Wednesday, commended the Minister of Niger Delta, Senator Godswill Akpabio, on his efforts to reposition the Niger Delta Development Commission, NDDC, but urged him to inaugurate the screened and confirmed board of the interventionist agency without further delay.

The crusaders under the auspices of 21st Century Youths of Niger Delta and Agitators with Conscience,  21st CYNDAC, also praised  President Muhammadu Buhari and the Minister “for their steadfastness and commitment to change the status quo concerning NDDC. ”

Coordinator of the group, self-styled “General” Izon Ebi, in a statement, said:  “We call  on Senator Akpabio  to make known the outcome of the forensic audit and inaugurate the new board to hit the ground running because Niger Deltans have waited patiently  and would not entertain further excuses.’

‘They want a clean template and framework that will guarantee efficiency, productivity, accountability, and development of the Niger Delta region.

“We urge the minister to do the needful and save himself and the region the unnecessary embarrassment that will portray the Niger Delta region and its leaders as unserious and dishonest people if the needful is not done and the expectations of the Niger Delta people are not met.

“The patience and understanding of the people should not be taken for granted,” he added.

Gbajabiamila applauded by Nigeria-Ghana traders over intervention in trade dispute
'Unlike the one wey dey select children' – Davido applauded for impartial care towards his children following hangout with Imade, Ifeanyi (Video)
N’Delta youths laud Akpabio, insists he inaugurates NDDC board
WASSCE2020: Young girl Applauded For Getting A1 in All Subjects