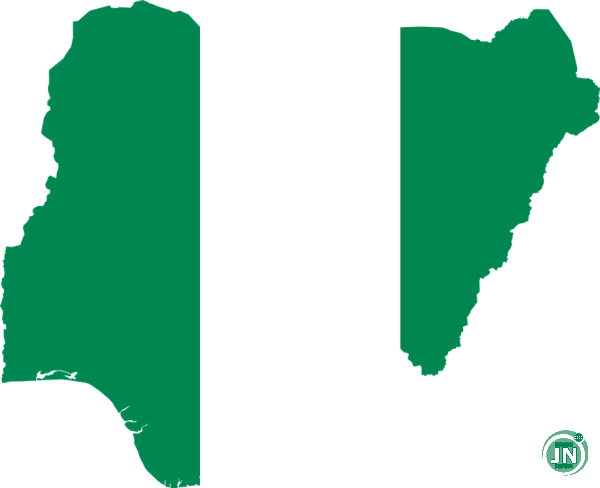 A map of Nigeria

What is it that makes you a Nigerian? We have so many ethnic groups, religious affiliations, cultural diversities, geographical variations, and tendencies which respectively make us unique and different from one another.

Yet, there are certain things that bind us together and make us one people, underscoring the “unity in diversity” mantra. These include the constitution, the national flag, national anthem and pledge, the English language (our official language), national currency (Naira and Kobo), Army, Police, Customs, and so on.

A story is often told of a dialogue between the first President of Nigeria, Dr. Nnamdi Azikiwe, and the late Premier of the defunct Northern Region, Sardauna Ahmadu Bello, before independence. Zik wanted us to forget our differences but Bello preferred that we understand them. The central thing here is the need to handle our differences with care; accommodate one another to promote unity which is essential for nation-building. But have we done so? Definitely not!

We have seen a situation where one section of the Nigerian commonwealth has insidiously and impudently imposed its values and interests on the rest, thus ignoring or disrespecting our differences. Our national symbols and institutions which are supposed to bind us as one people have been systematically hijacked by the Islamic North in the past 60 years of our independence.

Let us start with the 1999 Constitution. It did not come from the Nigerian people. It came from the Nigerian Army which is dominated by the North. The military concentrated power in the center and made it almost impossible to amend certain provisions that can lead to fundamental structural change. Before the General Abdulsalami Abubakar-led Army regime departed from Aso Villa in 1999, they ensured that the North would continue to rule with impunity, but when a Southerner is a president he would be vulnerable to the intimidating and overwhelming presence of the North.

Even the Army itself; the motto is in Arabic! Arabic is not our lingua franca. It is a language associated with a section of the country which subscribes to the Islamic religion and culture. The Arabic in the Army motto is not even subtitled in English to assuage the impunity. If you are a Nigerian soldier and you do not speak the Hausa language you will find yourself an outsider. The same goes for other uniformed national agencies, especially the Customs and Immigration.

The National Currency is another major binding force for all Nigerians, just like our national passport. The British colonial masters gave us currency notes and coins that contained symbols associated with the North and South. The obverse side of the defunct Nigerian Penny had the Star of David inscribed on it while the Pound banknotes had Arabic inscriptions (Ajami) on them. But when Nigeria dropped the colonial heritage currency for the Naira and Kobo, the Ajami inscriptions remained on the Naira banknotes while the Star of David was removed from our Kobo coins. The Star of David has symbolic connections to Nigeria’s Christians and Southerners, though it is more widely associated with the Jewish State of Israel.

I have always wondered about the meaning of these Ajami inscriptions, Arabic not being our lingua franca. My side of this country has absolutely nothing to do with the Arab world or its culture or religion. But the North has had centuries of links with them. In fact, they have long abandoned their indigenous cultures in preference for the Islamic system. Are they also now trying to impose these Arab-Islamic cultural symbols on the rest of us – the so-called Islamisation drive?

Why should Ajami be on our national currency when it is not a shared symbol? The answer can only be the usual impunity. We’ve been told that the Arabic motto of the Nigerian Army means: “Victory is from Allah alone”. Somebody, please tell us what the Ajami on our currency is saying. I need someone to interpret my national symbols for me! This issue has been a subject of intense murmuring in the South and among the Christian community for a long because it is one of the signs that Nigeria has been hijacked by a section of the country which seeks to impose their religion on the rest. At last, a Lagos-based lawyer, Chief Malcolm Emirhobo, has filed a suit at the Lagos High Court demanding the removal of the Ajami from our national currency. But, the CBN is opposing this suit on the ground that it would cost the earth to remove them.

The CBN also argues that Ajami is not an Islamic message. It was merely put there to help Northerners who don’t understand English to use it to trade! The same “illiterate” Northerners comfortably trade with the US Dollar though there is no Ajami on it. Who is fooling who? And when are they going to put the Eastern Nsibidi or Western Ifa inscriptions on the Naira and Kobo? Or don’t we have “illiterate” people in those places too? They don’t even bother to proffer intelligent justifications for these ridiculous and annoying violations of our national commonwealth.

The same CBN which has been unable to trace and unveil the people funding Islamist terror groups in the North has jumped in to freeze the accounts of patriotic #EndSARS protest leaders who are already comically being associated in official quarters with “terrorism”. The Muhammadu Buhari regime pampers the “repented” terrorists and dubs unarmed protesters (IPOB, Shiites, and #EndSARS) “terrorists”.

We must retake our country from sectional hijackers. They have taken for themselves everything we are supposed to “share” together. No one can ride any unwilling horse. Emirhobo is one of the few men still standing in the South who has decided to challenge a brazen affront on the people of the South and Christian community. Let us hear what the courts will say. Let more men speak up!

Bring back our Nigeria!

Naira currency: Ajami must go
Mbappe must improve – New PSG manager, Pochettino warns
It's Not A Must I Marry A BBNaija Housemate - Nina Ivy
'Formal Education Is Not A Must To Success' – Toke Makinwa