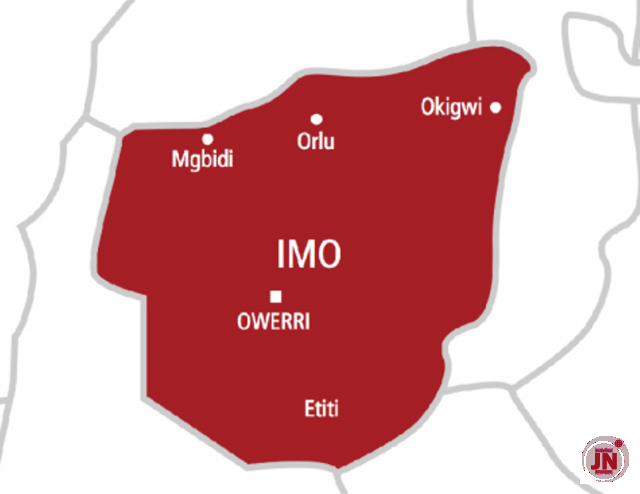 : Nigeria has brought war on us and we shall defend our land

FOLLOWING the military attacks in parts of Orlu in Imo State, many residents in the area have started packing out of their homes to safer places, reminiscent of the civil war experiences.

This came as the Indigenous People of Biafra, IPOB, declared yesterday that since the Nigerian military had brought war on Biafra, the people have no alternative than to defend their land.

Soldiers have since the past one week been combing many villages in Orlu local government area in search of men of the Eastern Security Network, ESN, sponsored by the Indigenous People of Biafra, IPOB, and were joined on Thursday by the Nigeria Air Force whose warplanes have been striking on many villages in the area.

Eyewitnesses said there was pandemonium in many villages in Orlu, Ideato, and Nwangene local government areas and even Ihiala in Anambra State with people scampering to safety as the Air Force planes flew close to the ground in search of ESN bases.

At Ihiala, Saturday Vanguard saw some people yesterday, who claimed to be running away from their community, Umuna in Orlu local government area with their properties.

One of them, Mr. Christian Duruibe said members of his family were lucky not to be hit by bullets from the planes, adding that he decided to move his family to his in-laws in Uli, Anambra State as a security measure.

Duruibe said: “I was a young man during the Biafra war and was aware of the experiences of people who lived close to the war zones. Though I did not fight the war, I lost many people during air strikes by the Nigeria Air Force whenever they targeted Biafra Airport at Uli.

“We were always running into the bush and it was a terrible experience and I don’t want my children to experience a similar thing. The frequency of the present strikes shows that the Nigerian military is not ready to leave our area so soon.

“I have children who are still young and exposing them to the constant sounds of gun from the land and air is not good for them.

“At Umuna today (yesterday), many families have hired vehicles to move their families out of the community, as our place is being turned into a war zone. “

He said he was not aware of any ESN camp in his community, adding that it came as a surprise when the soldiers said that 33 members of ESN were arrested at Umuna with dangerous weapons.

H e wondered why the governor of Imo State, Senator Hope Uzordinma, who is from Orlu zone, should allow his state to be turned into a war theater and appealed to him to prevail on the military to leave Imo State alone.

Reacting on the Orlu incident, IPOB said it wants the world to know that Nigeria had brought war to Biafra, stating that they came with military jets, tanks, and heavy war equipment.

His statement said: “The Nigerian military has simultaneously launched both land and air attacks on us. After the genocidal war of 1967-1970 in which they killed over five million innocent Biafrans, they have come again to bomb them under the pretext that they are hunting the personnel of Eastern Security Network ESN guarding our forests against killer herdsmen and terrorists on a rampage in our land.

“Days before the raid, they abducted a synagogue priest, Mazi Egole and his household, branding them IPOB members. Then on February 16, they abducted Mrs. Ngozi Umeadi who they learnt took care of those injured during the #EndSARS protest. Not done yet, they took Dr. Stephen Irochi of Multicare Hospital and some injured #EndSARS protesters from Obigbo receiving treatment at the hospital.

“The government, which could not defend Biafrans against incessant unprovoked attacks against indigenous Nigerians, has now mobilized its land and air force against ESN patriotically and voluntarily doing the job that Nigeria security forces refused to do. The crime of ESN is defending locals against Fulani herdsmen.

“Orlu and its environs are now a theatre of war declared by the Nigerian government against innocent people. Scores of innocent civilians have already fallen casualty! Orlu and its neighboring Orsu LGA have been under heavy bombardment by the Nigeria Air force since February 18, 2021.

“But we promise disgrace to our enemies. They shall be shamefully defeated. The war has begun! We shall defend Biafra and we shall triumph! No inch of Biafra land will be taken by the invaders.”

“You should be happy I even opened my legs for you” – Man narrates his experience with a soon-to-be babe
“My ex-girlfriend stabbed me, another held me hostage” – BBNaija Leo Dasilva shares horrible experiences with ex-girlfriend (Video)
“It wasn’t a publicity stunt” – Jim Iyke recalls experience at TB Joshua’s church in 2013
I really want to experience pregnancy – Mercy Eke