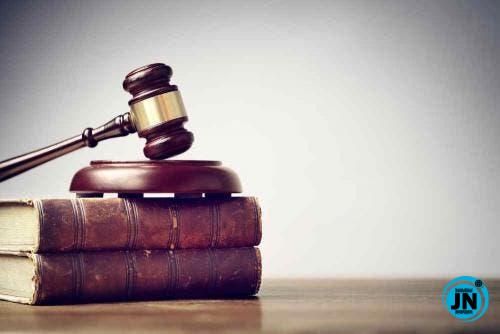 A 50-year-old auto mechanic, Nkem Vitalis, on Tuesday, appeared before an Ikeja Chief Magistrates’ Court over alleged stealing of a Volkswagen bus, worth N800,000.

Vitalis, who resides at No. 20 Anglican Street, off Agbado-Oja in Ogun, is facing a two-count charge of conspiracy and stealing.

The defendant, however, pleaded not guilty to the charges.

The Prosecutor, ASP Akeem Raji, told the court that the defendant committed the offenses, with others still at large, on Sept. 19 at Balogun Street, Oshodi, Lagos.

Raji said that the defendant stole a Volkswagen LT bus, property of the complainant, Mr Chidi Eze, from where it was parked.

According to him, the offenses contravene Sections 287 and 411 of the Criminal Laws of Lagos State, 2015.

The Chief Magistrate, Mrs. O. I. Adelaja, granted the defendant N200, 000 bails, with two sureties in like sum.

Adelaja said that the sureties must be gainfully employed, with evidence of two years tax payment to the Lagos State government.

She, thereafter, adjourned the case till Dec. 15, for mention.

“I’m sick of your criticisms” – DJ Cuppy laments after a fan told her she added weight
WHO Gives a Statistics of the Number of MEN and WOMEN Living with Infertility
Rema Announces Release Of Debut Album
#BBNAIJA2020: Tolanibaj Opens Up On Her Excitement Over Eviction Of Fellow Housemate, Ka3na