A Nigerian man on Facebook took to his page to give the praise of an engineer who carried out the work he gave him with all honestly.

Samson Oyenekan on Facebook lauded his AC/Refrigerator engineer, Abdullahi who he’d asked to fix the problem with his AC he thought he knew about and so he gave him a large sum of money to repair it. 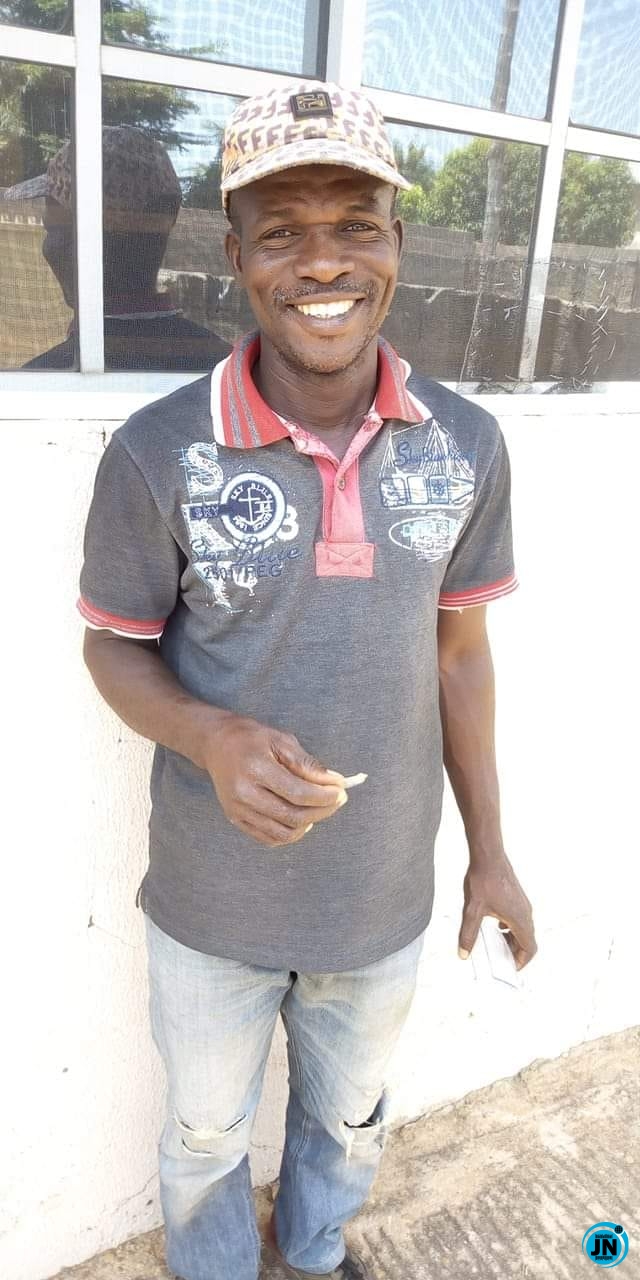 Abdullahi however then returned with the AC repaired and the large sum of money Samson had given him and revealed that the problem was a minor one which didn’t need a lot of money to be repaired.

Abdullahi’s honesty touched Samson and so he took to his Facebook page to praise him. He wrote, alongside a photo of Abdullahi,

This is ABDULLAHI, He’s an AC/FRIDGE Engineer! I gave him 12K to buy COMPRESSOR and fix in my AC, He took the AC for repair, fixed it, returned it with my 12K and told me that the compressor was okay, but just a minor relay problem which he said was 500 naira.ABDULLAHI could’ve told me he had bought the compressor, I won’t know. And the truth be say, even if na me, I for fall yakata for dis kain temptation.With people like ABDULLAHI, I believe there’s indeed hope for a NEW NIGERIA.This is his phone number 08162978209, please patronise him. When you call him, tell him Samson gave you his number….Thanks FAM! 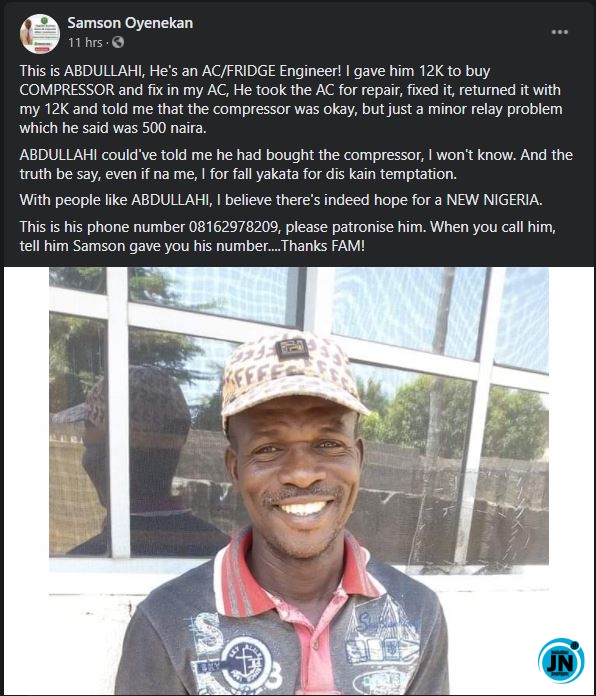 Video: See How Armed Robbers abadoned one of their colleague after hijacking a car on the road
Davido Sheds Tears Uncontrollably After Death Of Close Friend
North Korea’s leader, Kim Jong-Un reportedly dies after botched surgery
“Davido, Please Tell Them I Did Not Beg You” – Airport Official Who Was Fired After Davido Gifted Him $100 Cries Out (VIDEO)