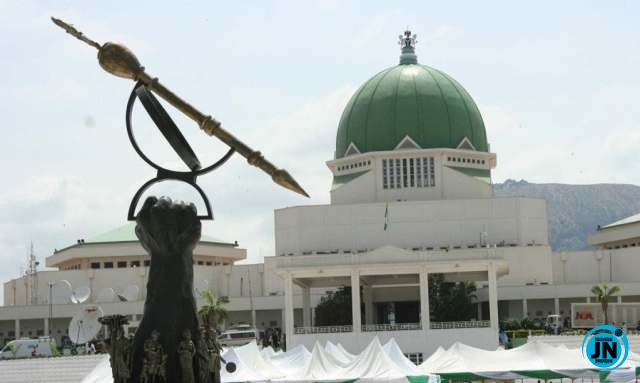 Legal Defence and Assistance Project (LEPAD), a coalition partner for Advance Gender Equality (SAGE) has called on National Assembly to alter the constitution to ensure that not less than 35 percent of all political seats were constitutionally reserved for only women candidates in each election cycle.

LEDAP’s Senior Programme Manager, Pamela Okoroigwe made the call while delivering a lecture on “Legal Barriers that Inhibit Women’s Political Participation in Nigeria” at a one-day media parley held in Abuja over the weekend.

She said that since the return of democracy in 1999, women have been grossly underrepresented in the country’s politics.

She decried specific gender pronouns in the laws that confer on men's sole right to occupy some officers, thereby discriminating against women and stifling their rise in politics.

Okoroigwe, a lawyer, therefore recommended that sections 49 & 91 of the 1999 Constitution (as amended) tinkered with to improve women’s participation in politics through the gender quota system.

She also called for the amendment of sections 222 and 223 to empower INEC to mainstream gender equity into party politics at all levels.

She said: “To promote gender neutrality and equity, we recommend that the text and language of the constitution should be amended to remove the gender-specific pronoun “he” and also “chairman” and adopt gender-neutral terms such as “chairperson”, “any persons” and “such persons.

“For each electoral cycle, the selected constituencies will reserve not less than 35% seats for only women candidates. The constituencies would be selected on a rotational basis and within the political parties.

“A new paragraph (c) should be added to Section 42 (1) to read as follows: (c) Provided that State shall take steps to accord advantage and privilege to women, children, persons with disabilities, elderly and other marginalized groups and such shall not be construed as being contrary to 42(1) (b).”

Okoroigwe further sued for automatic selection of the opposite sex in any elective office that has the position of a deputy or vice.

“Amending Section 14(3) & (4) by adding gender diversity after the federal character to serve as standard core minimum and legal backing for the implementation of the NGP”, she said.

She added that the appointment of ministers by the president should consist of not less than 35% of women, adding that the Gender and Equal Opportunities Bill be passed to domesticate the provisions of CEDAW and African Charter Protocol.

In his remarks at the parley, some contributors which included the Political Editor, Arise TV, Sumner Sambo urged Journalists to project competence, substance, decision making, and action in their reportage more than they promote gender.

According to him, technical competency should be the basic yardstick for seeking public office rather than seeking gender advancements.

“Women should not be pressured to be change-makers. They should be supported to achieve the targets and goals rather than being pushed to the edge to be better than their male counterparts”, he said.

LEDAP tasks govt, NASS on laws to reserve 35 percent of elective seats for only women