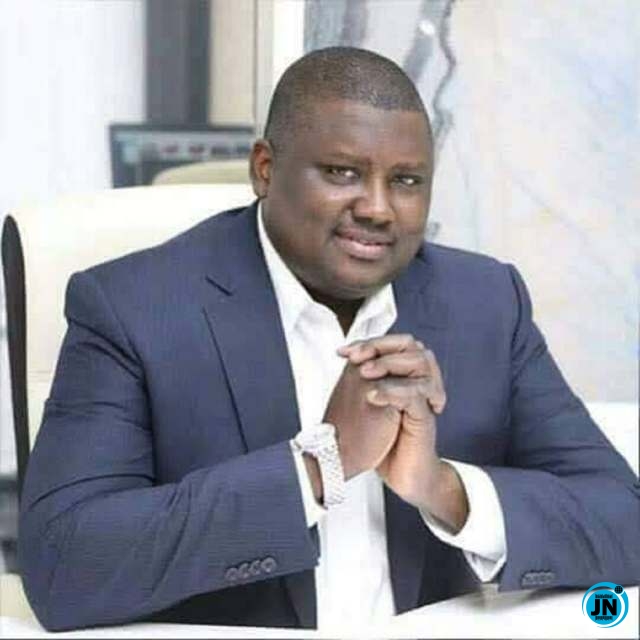 The Trial of former chairman of the defunct Pension Reform Task Team, Abdulrasheed Maina, on money laundering charges continued in his absence yesterday as a witness, Mrs. Rouquayya  Ibrahim, narrated how he stole over N14billion from the federal pension account.

Testifying before the Federal High Court in Abuja as the ninth prosecution witness, PW-9, Mrs. Ibrahim said investigations revealed that Maina pilfered pension funds, in connivance with the former Head of Service of the Federation, Mr. Stephen Oronsaye.

The witness who is an investigator with the Economic and Financial Crimes Commission, EFCC, attached to the Anti Money Laundering and Countering of Financing of Terrorism, AML/CFT unit, said she was a member of the pension fraud task team that uncovered how names of fake pensioners were used to siphon funds by Maina and his alleged accomplices.

She said the EFCC was in 2010 invited to join in the verification exercise of pensioners, together with other organizations that included the Independent Corrupt Practices and other related offenses Commission, ICPC, and the Department of State Service, DSS.

The witness said:  “During the course of that verification, my colleagues who were part of the exercise discovered a payment mandate for pensioners bearing names of several individuals for the total sum of about N94 million and they decided to sample some of the names.

“On that list, they discovered that two names on that list were fake pensioners.  As a result of that, a report was written to the Commission by the team that went for the verification, recommending an investigation of the matter.

“Based on that, the pension fraud team was created. We started our investigation by writing to all the banks in existence as at that time, about 32 of them, requesting for the pension account of the Head of Service.

“We also wrote the Accountant General of the Federation, requesting for the pension account of the Head of Service.  Part of the request was that we also asked the AGF to furnish us with the approvals for the opening of those accounts.

“In total, we were able to establish that at least N14billion was stolen from the pension account.”

The witness told the court that some of the ways Maina and his alleged accomplices stole funds were through the making of payments to fake pensioners, through fake collective allowances, through nonexistent contracts and particularly biometric contracts.’’

She said the Defendant also made illegal payments to the National Union of Pensioners, NUP, and to another association called the Association of Retired Civil Servants.

“What we discovered was that the suspects, if they were using fake pensioners, would require from the associated persons and companies to give the account details, pension funds would then be paid into those accounts, after which they would withdraw cash and hand over to the person that asked them to send the account numbers.

“Or, they would pay certain companies for non-existent biometric contracts or other nonexistent contracts. In the same manner, once payment is made, the cash was withdrawn and handed over to them.

“Once we concluded the investigation, those who were indicted were charged to court. Some have been convicted.

Also yesterday, a lawyer, Mr. Adeola Adedipe, engaged by Maina in his ongoing trial for money laundering, has applied to quit the case.

Adedipe, who is representing Maina’s company, Common Input Property and Investment Limited, informed the court at the resumption of proceedings in the case, that he has filed a notice, indicating his intention to withdraw from further representing his client who is the second defendant.

The lawyer, who says his brief has not been perfected as he is yet to be paid by his client, apologized to the court for being absent from proceedings during some of the recent adjournments.

The trial Judge, Justice Okon Abang, who at the last sitting, held that, by being absent in court, Adedipe has abandoned proceedings, noted that the notice the lawyer claimed to have filed was not in the court’s file.

The case was adjourned till December 4 for the continuation of the trial.

Meanwhile, the court will today hear a bail application Senator Ali Ndume filed to secure his release from Kuje Prison.

Ndume, who represents Borno South senatorial district, was on Monday remanded in custody by the court over his failure to produce Maina whom he stood surety for.

Though the court gave the EFCC the nod to try Maina who is facing a 12-count charge, in absentia, it held that his surety would remain in detention, pending when he either produced the Defendant or paid the N500million bail bond into the Federation Account.

At the resumed proceedings on the matter yesterday, the trial Judge said his attention was drawn to Ndume’s application around 8:58 am.

Justice Abang said he had promptly directed the court clerk to fix the application for hearing today.

Though Ndume’s lawyer was not in court, counsel to the EFCC, Mr. Mohammed Abubakar, however, confirmed that he was served with both the bail application and hearing notice.

Already, Ndume has approached the Abuja Division of the Court of Appeal to challenge his detention in prison custody.

In the 12 grounds of appeal he lodged through his lawyer, Mr. M. E. Oru, the embattled lawmaker insisted that he was denied fair hearing by trial Justice Abang.

Ndume argued that the court denied him the opportunity to show cause why he should not be punished over Maina’s disappearance.

Also yesterday, the court fixed December 4 for a member of the House of Representatives Kaura Namoda Federal Constituency, Umar Dan Galadima, who stood surety for Maina’s son, Faisal, to show cause why he should not be remanded or made to forfeit N60m bail bond to FG.

Skales Reveals What Wizkid Told Him About Rema
“There is no love in Christianity” – Prophet reacts to low attendance of top pastors at T.B. Joshua’s burial
“I Prayed For This” – Regina Daniels, As She Stuns In A QUEEN's Attire In New Photo
COVID-19: Ghanaians ask President Akuffo-Addo why he will shut down Churches but permit Night Clubs to operate