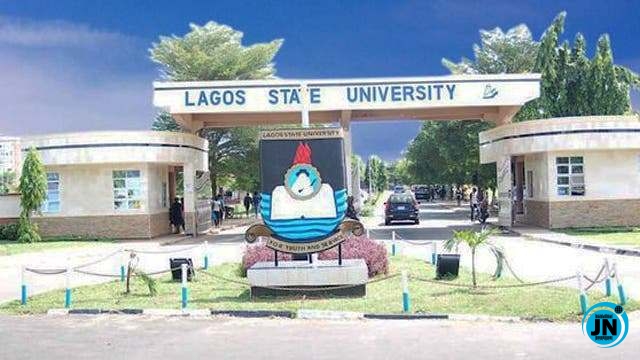 Normal activities resumed at the Lagos State University (LASU), Ojo, on Wednesday following the suspension of a two-day protest by the academic staff and non-academic staff unions of the institution.

The News Agency of Nigeria (NAN) reports that the two main gates leading into the institution were barricaded by the unions on Monday and Tuesday to protest against the delay in the implementation of the new minimum wage to all tertiary institutions in Lagos State.

The gates were later opened after the unions’ meeting with the state’s Head of Service, Mr. Hakeem Muri-Okunola.

Mr. Saheed Oseni, Chairman, SSANU, LASU Chapter, said that the Head of Service, Mr. Hakeem Muri-Okunola, assured the unions that the government would start to pay the minimum wage by October.

“We had a meeting with Mr. Muri-Okunola yesterday on the implementation of the minimum wage to all tertiary institutions in the state.

“The Head of Service during the meeting said that the government was committed to commence the implementation of minimum wage across all tertiary institutions in the state.

“We are also having another meeting with the Lagos State House of Assembly this morning to consolidate at the meeting we had with the Head of Service.

“Since the gate has been opened definitely academic activities will commence,” Oseni said.

Also, Mr. Moruf Sanni, Chairman, NASU, LASU chapter, said that the protest was called off because the state government had promised to implement the new minimum wage.

According to Sanni, members will want to receive their minimum wage first, before talking about the arrears.

“The management of LASU will determine the commencement of academic activities for the students,” he said.

Mr. Ademola Adekoya, Head of Centre for Information, Press and Public Relations, LASU, said that normal activities had resumed in the institution.

Adekoya said that lectures would commence on Sept.21 for final year students at the undergraduate level.

NAN reports that both the management, staff, and students of the institution as well as visitors with verified identification cards now have access to the institution.

Davido Vows to change the life of a fan who named newborn baby after him
Fan shreds hot tears as Davido gifts him his N6.3million diamond chain after he did this
Just Like Mercy Eke, Nengi Might Have Done Plastic Surgery To Increase Her Backside (See Before And After Photos)
Reactions As Wizkid’s First Babymama, Shola Shares Photos Of Her Wrecked After An Accident