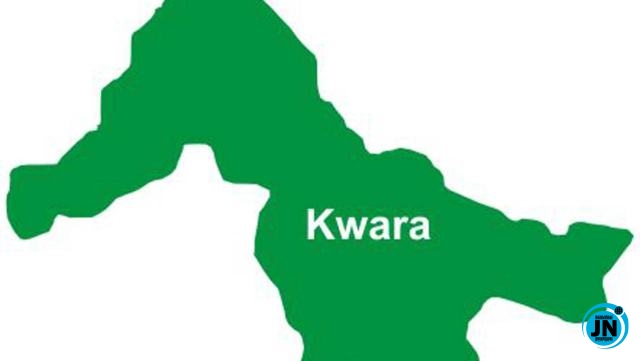 One AbdulRahman Shuaib on Thursday narrated his ordeal before the Judicial Commission of Inquiry on the sales of Kwara State Government assets sitting in Ilorin about how he was offered the Kwara State Government property on 7, Pariya Road in Kaduna by Harmony Holdings Limited (HHL) at the sum of N50m with mere sighting the C of O.

He also pleaded with the commission to slash the cost he bought the property from Kwara state government, because he did the same under duress, and that he later discovered he was cheated based on the price other government properties were sold in Kaduna

Testifying before the panel, Shuaib said he had been living in the three-bedroom apartment with boys quarters since 1997 as a tenant until in 2014 when the then Group Executive Director of Harmony Holdings Limited Adebayo Sanni approached him to buy the property.

When the lead counsel to the panel Joseph Bamigboye (SAN) asked the witness about the nature of the title on the property, Shuaib said he was shown the certified true copy of its Certificate of Occupancy which served the purpose of his negotiation.

“At the point of negotiation I saw a certified true copy of its Certificate of Occupancy and we had an understanding of immediate payment of N40m into Harmony Holdings Limited account. The money was acknowledged through a letter. So, the balance became an issue because I insisted on getting the C of O. I committed 80% of the payment with the belief that I was dealing with an agency owned by the government. I gave a benefit of trust that at the point I will be paying the next N10m I would have sighted the original copy of the certificate of occupancy. But that didn’t happen.

“Though there was pressure from Harmony Holdings Limited to pay the outstanding I stood my ground on seeing the C of O. Nonetheless, as the conversation went on with Adebayo Sanni, Hussein Alada, and Joseph Afolayan of Harmony Holdings Limited, I told them as a man of honor that I would release the sum of N7.5m in addition to the N40m and I would hold on to N2.5m so if it becomes necessary to authenticate and regularise the document I will use from it and offer the net balance. Then, we agreed on that. I told them to declare in a recognized newspaper that the C of O was missing and they should indemnify me which they did.

“So, I am holding on to N2.5m till the C of O is out and we reconcile the account because their retainer lawyer is on it in Kaduna.”

Shuaib, therefore, pleaded with the commission to order for the perfection of the title as well as looking at the possibility of reducing the price he paid for the property, saying he was unduly cheated and conceded to pay the amount under duress when compared to the amount the HHL sold other Kwara State Government properties in Kaduna.

Chairman of the commission Justice Olabanji Orilonishe directed the Secretary of the Commission, Alhaji Muhammad Baba Orire, to summon the affected persons in line with Section 8 of Commissions of Inquiry Law (No 4 of 2006) as a result of their failure to honor the commission’s invitation to appear before it on Thursday.

Former Group Executive Director Harmony Holdings LimitedAdebayo Sanni meanwhile had on Wednesday appeared before the Commission in respect of the state government’s 11 Catchment Road property he allegedly bought but eventually forfeited to the government through the Economic and Financial Crimes Commission (EFCC).

The commission had also interrogated former Director-General Kwara State Bureau of Micro, Small, and Medium Enterprises Segun Soewu on the management of the N4.7bn SMEs fund under the last administration in the state.

Chairman of the Commission Justice Olabanji Orilonishe (Rtd) however mandated Soewu to produce the list of all the beneficiaries, their addresses, the amount collected, the amount paid, and the outstanding payment.