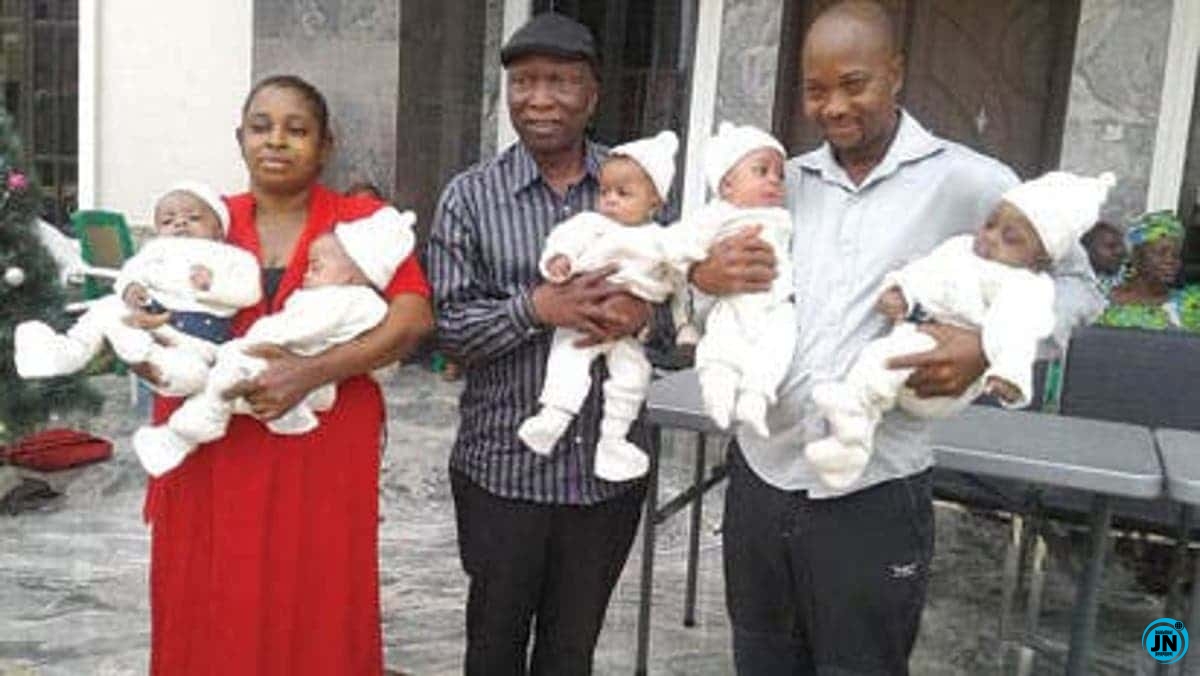 Ndidi Odo, the 32-year-old wife of a Keke driver, Abuchi Odo, who gave birth to quintuplets; four boys and a girl, named Akachukwu, Chiemelie, Chidiomimi, Chinweolu and Ezinwanne, have released new photos of their babies. Kemi Filani News recalls that Nididi and her husband Abuchi Odo, a native of Okpaligbo-Ogu in Nsukka, Enugu State, welcomed the quintuplets in 2018 at God’s Mercy Hospital, Obiuno, in Otolo Nnewi, Anambra State. The couple already had four children (three females and a male) before the arrival of the quintuplets.Nnewi businessman and philanthropist, Sir Lous Carter Onwugbenu had offset their hospital bill after birth and offered scholarships to the children up to the university level. It’s not clear when the new photo was taken. A member of a charity organization who paid the family a visit posted it on facebook 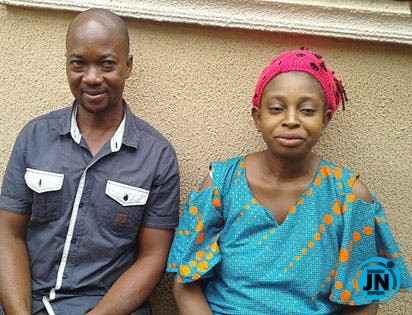 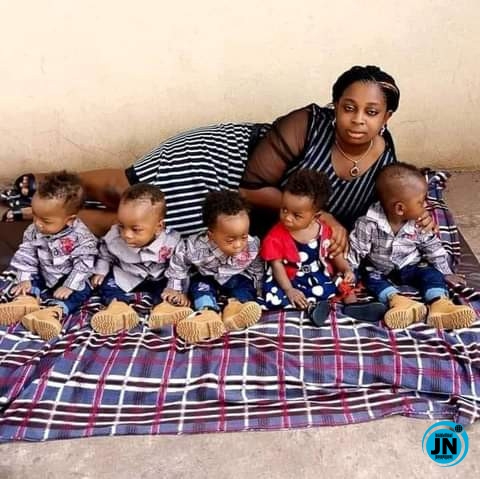 “if you know any of my employee that earns 30k, 70k or 90k show me I will pay you 1 million naira” -Actress Mary Njoku Brags