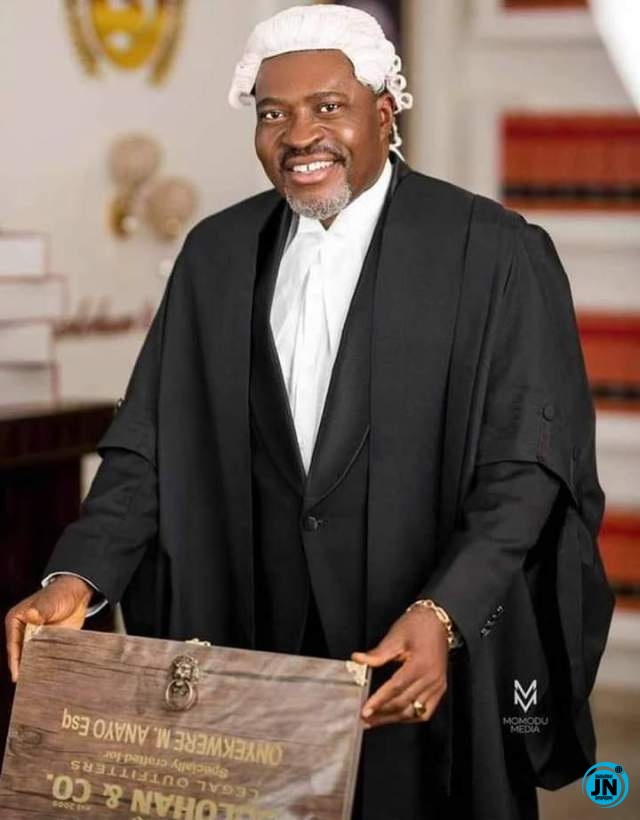 Nigerians took to Instagram to felicitate with Nollywood Veteran actor, Kanayo O. Kanayo as he was called to the Nigerian Bar on Tuesday.

Some fans of Kanayo said they were inspired by his determination in actualizing his age-long dream of becoming a lawyer in spite of his age.

I am motivated and inspired. I have always loved law since high school…”.

Another fan @ezeboy said: ” This is a pure product of determination and diligence, big congratulations sir”.

@chiggomartins, in a reaction, said: “ Happy for you sir, I believe someday I will achieve more than these in life by the grace of God Almighty who helped you to make this great success” while @angel_ kco said” Congratulations sir.

NAN reports that the actor announced that he had been called to the Nigerian bar, where he shared a photo of himself after he was called to bar.

“God is good. Finally, my age-long dream has come through. Anayo Modestus Onyekwere, Esq. MFR (Barrister And Solicitor of the Supreme Court of Nigeria),” he wrote.

The 58-year-old actor said he took everybody by surprise five years ago when he enrolled for a Law degree at the University of Abuja.

He added that after his graduation in 2018, he went to the Nigerian Law School, where he passed the examinations in July.

He made his debut in Nollywood in 1992 in his role in “living in bondage” and in 2006, he won the African Movie Academy Award for Best Actor in a Leading Role.

Kanayo has been involved in hundreds of films in the Nollywood.

He is currently a UN ambassador and bears the title of MFR. (NAN)

Oyibo Reble Shocking all Nigerians with his Clear Yoroba Bars
Barry Jhay - Superstar
The Lionel Messi, Is fully back in Training with Barcelona
Nigerian Bar Association Drags Lasisi Elenu Over How He Portrays Lawyers In His Jokes