“I’ve not seen my son in 3 years, he stopped giving me money because his girlfriend said I’m a witch” – Singer, Shatta Wale’s mother cries out
Posted by 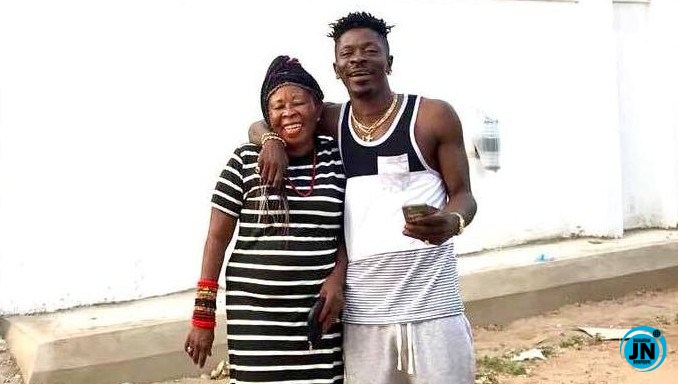 Elsie in an interview with Accra-based radio, Hot FM accused the singer of being a deadbeat son, who doesn’t visit her and they haven’t met anywhere in 3 years.

According to her, the strain in their mother-son relationship was caused by Shatta’s girlfriend, Magdalen. She alleged that Magdalene Luv told Shatta Wale to cut ties with her because she is a witch.

The embittered mother noted that since her son believes whatever his girlfriend says, he now totally avoids her, rejects her calls, and has made no attempt to reach out to her in 3 years.

Speaking further, she stated that Wale’s girlfriend destroyed her relationship with her son and also destroyed whatever existed between Shatta Wale and his estranged baby mama, Shatta Mitchy.