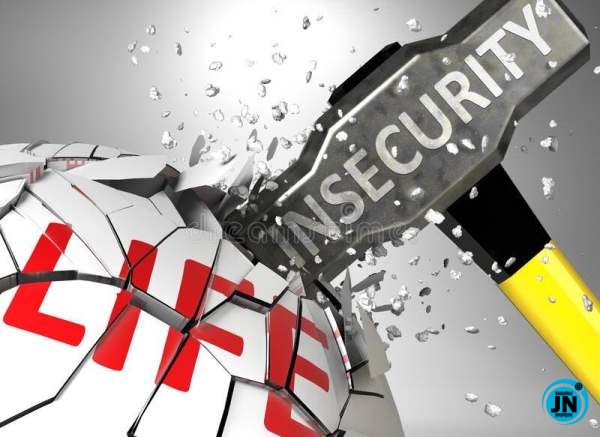 
The fear of Fulani herdsmen is now the beginning of wisdom in the South-West as commuters and drivers now resort to prayer and fasting before setting out on their journey.

Several unpleasant encounters with highway criminals by both drivers and commuters have left travelers to conclude that they are no longer safe in the South-West.

Also, there is a general fear in the mind of travelers because of the spate of kidnapping, armed robbery, and other criminalities on the roads.

Travelers and motorists, who spoke with Vanguard, expressed worry over the safety of the roads in the region.

Despite the coming on board of the Western Nigeria Security Network codenamed Amotekun, motorists feel they are not safe on the highways.

We embark on prayer session before traveling—Commuters

A trader in Osogbo, Comfort Kehinde, disclosed that whenever she intends to travel out of the state, she embarks on a prayer session in the church.

She noted that the fear of wanting to travel is enough to increase her blood pressure than the traveling itself as her husband and children regularly warn her of the dangers on the road.

She said: “Whenever I intend to travel, I am always faced with two fears, banditry and kidnapping. From the time I board a car, till I get to my destination, it is always perpetual fear.

“Sometimes, I embark on fasting and prayers a week before I travel for fear of being kidnapped or robbed by bandits.”

Also speaking, a commuter from Ogun State, Mr. Rotimi Olanrewaju, described traveling on Nigerian roads as a nightmare, putting into consideration the high rate of insecurity in the country.

According to Olanrewaju, the incessant kidnappings, killings, and other forms of insecurity on the nation’s highways had put fear in the minds of the people.

He said: “The fear of kidnapping and armed robbery, among others, have enveloped major highways, especially in the South-West. This is gradually affecting the socio-economic activities in the region.

“The Federal Government should beef up security on Nigerian highways to reduce the incessant kidnapping, banditry and armed robbery that have become a daily occurrence.”

Also speaking with Vanguard, a lawyer and rights activist, Morakinyo Ogele said that the state of insecurity in the region has assumed a frightening dimension.

Ogele lamented that the catalog of the evils perpetrated by the herdsmen in the region remains countless.

He said: “It is no longer news that some criminal Fulani herdsmen are daily wreaking havoc in the South-West.

“The cocktails of their criminal activities are unprecedented; the Yoruba never witnessed these atrocities being perpetrated by the Fulani herdsmen.

“Travelling from one town to another or any state in the South-West, you need fasting and prayer before you set out on such journey.

“Chiefs, students, market women, farmers, Obas are not spared in the hands of these satanic messengers.

“We must prepare ourselves to face any killer and those who are criminally-minded among the Fulani.

“I, therefore, call on the people in Yoruba land to brace up for self-defense.”

Traveling on the highway is a serious risk — NURTW

On his part, Chairman of the National Union of Road Transport Workers, NURTW, Ijetu unit, Kamorudeen Agbowo, lamented the state of insecurity on the roads, especially in the aftermath of the EndSARS protest.

Agbowo said: “Travelling on the highway is a serious risk, there are some routes that some drivers will not dare to go, especially, Ikare, Ekiti, Kogi and Abuja routes for fear of kidnapping and banditry.

“After the EndSARS protest, the roads were more vulnerable to attacks as the protest exposed police weaknesses, thereby, energizing criminals.”

The NURTW chairman in Ondo State, Comrade Jacob Adebo said his members need protection as criminal herders attack and kidnap them with impunity.

He said: “Our members now pray for safety, not that they don’t pray before, but this kind of prayer is because of the present security situation in the country. Nobody is safe again. We are all living in fear.

“But with the recent development in Ondo State as regards the quit notice to herdsmen occupying the government forest reserves, I think with time, travelers would heave a sigh of relief.”

But assuring travelers and drivers of their safety, the Amotekun Corps Commandants for Osun, Ogun, and Ondo states, said they are doing everything necessary to secure the highways across the region.

When contacted, the Amotekun Commandant in Osun State, Brig.-Gen. Bashir Adewinmbi (retd), said the corps is not working in isolation but collaborating with other Amotekun in the region to return sanity to the roads.

Adewinmbi said: “We are aware that the roads are not safe but we are working to improve the situation. Part of our plan is to establish patrol spots across our roads in collaboration with Amotekun in other states and security agencies.

“We are also exploiting areas of common interests with our partners and very soon, sanity will return to our roads.”

No cause for alarm – Ogun Amotekun Commandant

Also speaking, the Amotekun Corps Commandant in Ogun State, Mr. David Akinremi, allayed the fear of residents of the state as well as travelers, especially with the current insecurity challenge facing the South-West.

Akinremi said: “The Amotekun in Ogun State has taken off because I have been appointed as the Commander of the Corps. I am sure a lot of things were considered before the appointment and to the glory of God, I have taken over.

“We are prepared, we are taking our time to ensure that we get the best available grassroots men who will be able to function adequately towards achieving the vision and purpose of establishing the agency. We have been given the go-ahead to commence recruitment and we are working out modalities to ensure that we have quality men in line with the Ogun standard of excellence.

“I want to assure our people that they don’t need to entertain any fear. We have come to serve them. Our people have no cause to fear, we are on top of the situation. Notwithstanding that operatives have not taken off, we are doing some strategic work underground on the security situation on hand, not just within the state but in the South-West as a whole.

“We assure of protection of lives and property for everybody living in the state. Wherever you come from does not matter. What is important is that we must live together in an atmosphere of peace and harmony and respect for the rights of all.

“There is no security without human beings and no human beings without security. It is a symbiotic relationship. The work of security agencies, at whatever level, cannot be done without the support of the people. That is why we want to build a people-oriented organization.”

Also, the Commander of Amotekun in Ondo State, Chief Adetunji Adeleye said the corps has set up an outfit tagged: Operation Clean Up to root out criminal elements across the state.

Adeleye said over 120 suspects have been arrested by the Operation Clean-Up team within the last two months.

The Special Adviser to the governor on Security Affairs, Alhaji Dojumo said: “As I talk to you, we have created flashpoint across the three senatorial districts and deployed security patrols including military personnel and federal highway patrol to those places.

“We have military checkpoints, safer highway patrol to areas where criminal elements operate.

“We have them between Owo/Ose highway, Akure/Ogbese highway, USO/Owo highway, and other flashpoints in the Northern Senatorial District.

“In the Southern Senatorial Districts, we have checkpoints and have deployed security personnel to Akotogbo, lgbekebo, Okitipupa, Erinje, Ilutuntun, Ore, Omotosho and other areas.

“In the Central Senatorial District, our security personnel are at home to cover the district.”