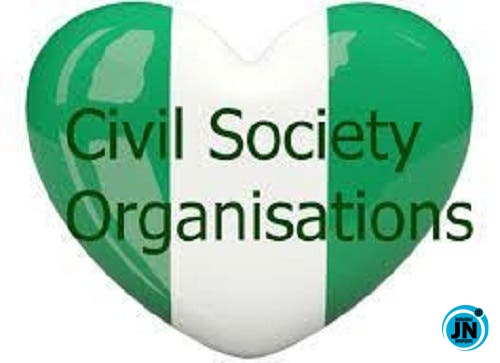 It will be recalled that Buhari had indicated readiness to honor the invitation to appear before the House of Representatives to address Nigerians on the worrisome dimension and trend of insecurity across the country upon the recent killing of 43 rice farmers in Borno State by Boko Haram sect.

Speaking on President Buhari’s failure to appear before the House of Representatives, Convener, Concerned Nigerians, CN, Deji Adeyanju, said, “On the non-appearance by Mr President before the House of Representatives is to reconfirm what I have always said on the complete loss of respect for the legislature and you cannot blame the President because the legislators, especially this Ninth National Assembly has sold itself out in many ways, they are not standing with the people, they behave as if they aides of the President. So how dare them to summon the President whom they have said they will do his bidding.

“The legislators should stop playing to the gallery and do the needful. The Constitution is very clear, giving the legislators to summon anybody the President inclusive, but the legislators have o ridiculed themselves and you begin to wonder whether they are still an independent arm of government then they have themselves to blame.

“So I feel no sympathy for them, it is a defeat for democracy because the Doctrine of Separation of Powers is one of the fundamental pillars of any reasonable democracy. It is just unfortunate. This is just civilian dictatorship in civilian guard. It is unfortunate.”

A missed opportunity that’ll do greater damage to democracy — Atoye

The Convener, Coalition in Defence of Nigerian Democracy and Constitution, CDNDC, Arroyo-Dare Atoye, said, “The issues for which the President has been asked to address Nigerians through the hallowed chamber of the National Assembly, are far weightier than the trivial nature of the controversy disputing the summoning powers of the House of Representatives over the President.

At stake in that invitation is whether the President is a response or an irresponsible entity in the process of finding an inter-arm solution to the security problem besetting the country, and it is unfortunate that he has been led astray by Governors Rotimi Akeredolu of Ondo State and Yahaya Bello of Kogi State, Prof Itse Sagay and a host of others, and also denied himself the opportunity for a robust engagement with federal lawmakers.

Although, the failure of the President to address the congress is not really shocking to many Nigerians because of his constant aloofness to tragic occurrences in the country, however, it is a missed opportunity that will do a greater damage to our democracy and deny the country a sense of executive accountability to the nation.

Unfortunately, the axis of evil that is breeding terrorism, banditry and criminality is also watching the obvious inability of the President to provide leadership and galvanize the entire country to fight criminality, and thereby emboldening these monsters to do more as we can see with the recent kidnappings of school children in Katsina State, coinciding with the President’s visit to his home state.

The Director, Health for Mother Foundation, HOMEF, Arc Nnimmo Bassey, said, “The public was told that the President would visit and address the House of Representatives as requested by the House. Refusing to appear before the House is a big disappointment. It is a lost opportunity because the President would have used the appearance to speak not just to the House but to the nation.

“The occasion would have been helpful to Nigerians who wonder why the president is so tight-lipped about many issues. Although his spokespersons issue statements on any and everything, Nigerians want to hear directly from their President.

“Sometimes we wonder if there is a more taciturn political leader of a nation than the President of Nigeria. I don’t know who is the Strategic Adviser responsible for the President changing his mind about visiting the House of Representatives? But it might be the same specialists urging him to keep mum over so many other pressing national issues.

“I don’t really think the Attorney General needs to tell us that the House has no power to invite Mr. President. In the current malaise engulfing the nation, the invitation should have been grabbed as a golden opportunity, a low hanging fruit, to assure citizens that someone is doing something to address their concerns.

”The President should be ready to engage the Representatives and possibly take questions from journalists on leaving the event.

“It was a great opportunity to build trust, hope, and patriotism — things that were all do symbolically assaulted at the Lekki Tollgate incident.

“The signal being sent by the turn of events is that a President only needs to speak to Nigerians during electioneering campaigns and, after that, retreat into the Rock, or cocoon, once elected and sworn into office.

It’s a shame for Buhari to hide, refuse the invitation by Reps — Yahaya

The Founder and Peoples Movement for a New Nigeria, PMNN, Yahaya Ndu, said: “Honestly it is a grotesque shame for President Buhari to be hiding behind the thin and flimsy veil woeful technicality to refuse to honor the invitation of the House of Representatives to explain the efforts and plans of his government to stem the tide of inexplicable insecurity sweeping along the length and breadth of Nigeria.

“It is also a betrayal of trust of the worst order that a president who the masses of Nigeria trusted to bring back security of lives and properties above everything else and that is organizing kangaroo town hall meetings at all geopolitical zones of the country is running away from meeting with the representatives of the people to explain its work on security.

“This is the same Government that tells all agitators in Nigeria to go to the National Assembly. But then the president is not alone in this.

“The leaders of the APC/PDP especially from the Northern States of Nigeria including those who claim that they do not belong to any political parties but are right now traversing all-over the South East and South-South zones of Nigeria trying to fool the people again into trusting another hypocrite with the mantle of leadership.

“Over five years ago this Government said it had a list of sponsors of Boko Haram and was going to publish it and up till now they have not and the leaders of the APC/PDP especially from the north are keeping quiet while people are being slaughtered every day like ants.

“The National Assembly itself has proven to be worse than useless, and Nigerians are on their own.”