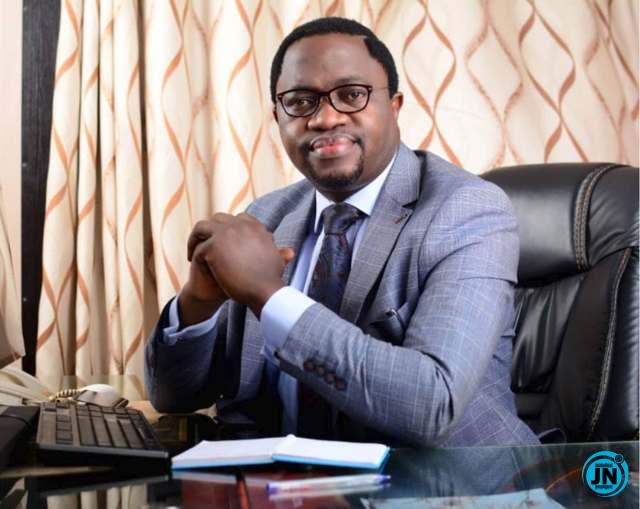 Convener,  YesWeFit Revolutionary Movement, Dr. Thomas-Wilson Ikubese, has condemned the Attorney General of the Federation and Minister of Justice, Abubakar Malami, over his stand on the resolution banning open grazing in the south by Southern Governors.

Ikubese, in a statement on Thursday, lambasted the Attorney-General for playing ethnic politics by comparing open grazing with the sale of motor spare parts by southerners of Igbo extraction in the north.

Recall that the southern governors had met and declared a ban on open grazing in the southern area, a decision met with objections from both the minister and other northerners.

The former presidential aspirant, however, urged Malami to put the interest of the entire nation above ethnic interests, warning that the “Nigerian state is currently sitting at the edge of a precipice and urgent steps must be taken to rescue it, before it is too late.”

“Yesterday, the Attorney General of the Federation and Minister of Justice, Abubakar Malami, in an interview granted Channels Television, condemned the recent resolution of Southern governors, banning open grazing.

In his response, he compared open grazing by the Fulanis with the selling of spare parts in northern Nigeria, asking how Nigerians will react if Nothern governors also ban those who sell spare parts in the north, a veiled reference to the Igbos of southeastern extraction, who dominate the spare parts trade.

I find this comparison totally incongruous!

Indeed, spare parts dealers house their merchandise in designated markets and do not move them loosely on the streets in jeopardy of their environment.

Comparing open grazing down south with sales of spare parts up north, therefore, is like comparing an orange with an apple.

All over the world, ranching is the global best practice, as it favors the herds of cattle and the herders alike, unlike the current open grazing system that devalues the cows and constitutes security risks across the nation.

The governor of Kano state, Alhaji Abdullahi Umar Gandujei, himself a former herder, has repeatedly called on the Federal government to ban open grazing, stating that it has no place in the 21st century and has gone ahead to provide ranches in his state for herders, in line with global best practice.

This is the line we should encourage all stakeholders in this matter to toe.

As the Attorney General of the Federation, Mr. Malami, a Senior Advocate of Nigeria, is supposed to advance positions that will foster national unity across the board and not pursue an ethnic agenda as reflected in that interview.

I also call on all elders, politicians, and leaders of thought to put the interest of all Nigerians ahead of their geographical ancestry and see every Nigerian as a legitimate stakeholder in the Nigerian project.

A situation where some Nigerians are treated as first-class citizens and others as second-class citizens will continue to create tension in the land.

Governors were voted into office by citizens in their domain. They should therefore be responsible for protecting the constitutional rights of their constituents, topmost of which is the security of lives and properties.

It is becoming glaring by the day that Nigeria cannot continue on the present unitary trajectory, where state governments are mere appendages of the Federal government and governors cannot give instructions to the Commissioner of Police in their states, even while they bear the ceremonious toga of “Chief Security Officers” of their various states.

Mineral resources in commercial quantities lie dormant in the bellies of states because their ownership is conferred on the Federal government, while these states run to Abuja, cap in hand, for monthly allocations.

Those who are agitating for break-away republics are doing so because they do not have a sense of belonging, functionality, safety and do not see hope in the Nigerian state as presently constituted, for no one wants to leave a winning team.

Militarizing agitated regions and threatening agitators with arrest will only precipitate more inflammation and escalate tension.

The solution to our present predicament does not lie in the use of force, but in the urgent, genuine, and sincere national dialogue.

I personally do not believe that we need a fresh national conference to discuss the way forward as some have advocated.

In 2014, some 500 Nigerian delegates celebrated extensively for five months, deliberating about the political system and future of a country that has seen bitter conflicts between its numerous ethnic, religious, and linguistic groups.

I appeal that President Buhari should, as a matter of urgency, transmit this report to the National Assembly for accelerated deliberation and action.

The Nigerian state is currently sitting at the edge of a precipice and urgent steps must be taken to rescue it before it is too late.”

‘You either love or hate her’ Singer Seyi Shay mocks those dragging her over the assessment of a contestant on Nigerian Idol show
“Imagine this child is your own child” – Sylvester Oromoni’s mother in tears as she calls for protest over death of her son (Video)
SERAP drags FG to UN over arbitrary detention, torture of Sowore, others
Federal Government Declares; April 10 & 13 As Public Holiday For Easter