Gunmen kill over ten in Sokoto village
Posted by 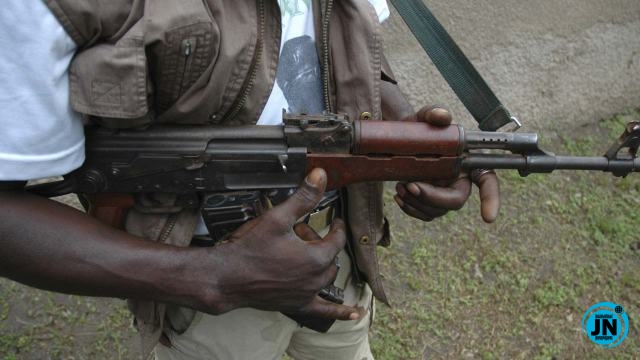 Gunmen have attacked Amarawa village in the Ilela local government area of Sokoto state on Monday, killing ten locals while others sustained injuries.

According to a BBC Hausa report monitored in Kaduna, the locals have attempted to stop the gunmen from abducting a wealthy businessman who was a resident of the community.

” The gunmen who came on motorbikes had warned them to stay away. But the community members tried to free the man. But the gunmen possessed superior weapons and they overpowered the locals, killing many, ” a native of the affected community has said.

He said the gunmen succeeded and whisked away from the businessman.

The police in Sokoto had confirmed the attack but told the BBC Hausa they could not give details as they were still on the investigation.

A local said on Monday afternoon, that they were preparing the dead for burial while those who sustained gunshots were in the hospital where doctors had removed bullets from their bodies.

The locals, however, appealed to the authorities to beef up security in the area as hardly a day passes without gunmen kidnapping a person or two, in the Ilela communities.

Everything we know about Regina Daniels’ mom and her younger lover turned husband, Zuka Larry
BBNaija Winner, Mercy Eke Slammed By Twitter Users Over Her Viral Video (See Tweets)
“You will regret this” – Nigerians drag Dorathy Bachor over message to Erica (Screenshot)
Don’t fall for his manipulative stunts”- Erica’s manager calls out Laycon over viral video