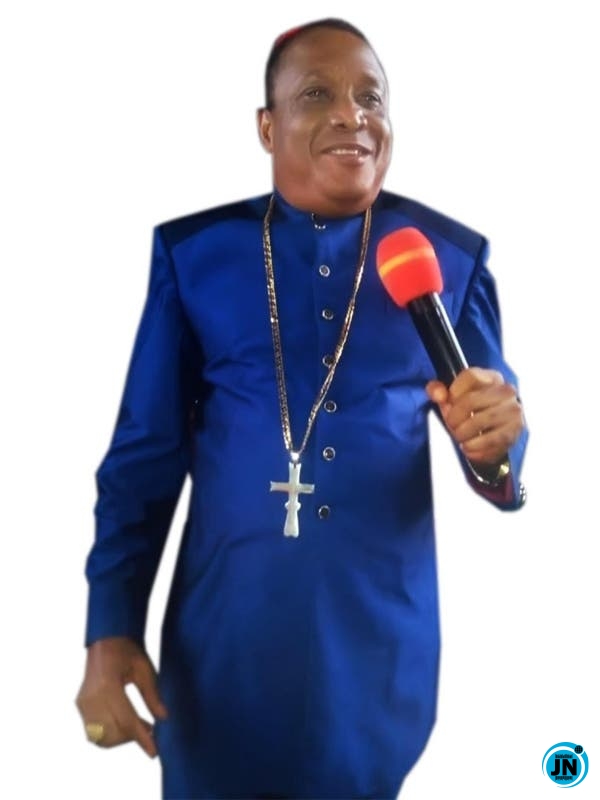 The General Overseer of Mount Zion Faith Global Liberation Ministries, Inc., a.k.a By Fire By Fire, Nnewi, Anambra State, Bishop Abraham Chris Udeh has revealed that he saw God in a vision looking very angry with the federal government for prescribing a non-violent Indigenous People of Biafra, IPoB and at the same time planning to negotiate with the dreaded killer armed herdsmen.

He, therefore, advised the government to de-proscribe IPoB within three months from now, declare the killer herdsmen terrorists and clamp down on them or else the wrath of God would descend heavily on them.

In his post fasting and prayer message to the federal government for allegedly giving armed Fulani bandits free hands to operate in the country, thus engaging farmers and other Nigerians in incessant bloody clashes, without being declared a terrorist group and consequently proscribed, Bishop Udeh warned that God’s wrath, if allowed to descend on Nigeria, would be so horrific.

According to the cleric, “it pains me that the Federal government had continued to allow herdsmen to be armed with dangerous weapons “with which they attack innocent and unarmed citizens and still go scot-free, adding, it is ridiculous that government is unable to block the source of their arms and ammunition and yet declare these armed herdsmen a terrorist group and be treated as such”.

“Look at the way the Fulani herdsmen terrorize the Southern part of Nigeria including the South East and their mission is to Islamize the country. We all know that but it can’t work out. I assure them that the God of Ndigbo and God of Israel will strike all those who are behind that action”.

” I will draw the hands of God and as it was in the days of Nebuchadnezzar who was punished because of his atrocities so shall it be again in our generation. The God of Heaven has never changed and can never change. The God of Abraham, Isaac, and Jacob is still alive and He will never allow them to Islamize this country as they have planned,”, the Bishop declared.

He berated some Igbo leaders who he said were busy taking trips to Abuja in pursuit of their aspiration for 2023 Nigerian president of Igbo extraction “while Fulani herdsmen are killing, raping, and maiming their people.”  He told the 2023 presidential aspirants in Igbo land that their efforts would be in futility unless they were ready to cede their lands for Fulani settlement.

He declared as unfair that every choice position in government at the federal level was being occupied by the Fulanis who he claimed were in minority in Nigeria while people from the southeast had continued to suffer marginalization for many decades.

He also berated the Ohanaeze Ndigbo for what he described as being inactive to Igbo protection against their common enemies, even as he wondered why Ndigbo apex socio-cultural organization had not deemed it fit to come up with a security arrangement that would stand the test of time.

“It is unfortunate that Ohanaeze is showing more interest in politics than its socio-cultural functions. I’m not a member of the IPOB but I must assure you that IPOB is doing the work of the Southeast Governors and Ohanaeze in terms of protection of the Igbo land.

“The newly elected President-General of Ohanaeze Ndigbo must prove his mettle. Let the Igbo apex socio-cultural organization ensure that there is adequate security in Igbo land while the Governors continue in their sleep against the will of the people who gave them the mandate. Let them continue to chase rats while their house is burning”, he posited.