The recent appointment of Major General Ibrahim Attahiru by President Muhammadu Buhari as chief of army staff has sprung up anger in Nigerians.

Kemi Filani reports that Attahiru is a former theatre commander of Operation Lafiya Dole who was removed by the Nigerian Army High Command for failing to stop Boko Haram in 2017.

The ex-Chief of Army Staff Lt. Gen Tukur Buratai had given Attahiru 40 days to capture Boko Haram leader Abubakar Shekau dead or alive. Attahiru’s failure to live up to expectations saw him being removed without any posting.

However, none of the officers who later took up Attahiru’s office have been able to capture Shekau to date.

Attahiru’s tenure as theatre commander was characterized by several failures and a spike in terrorist attacks.

In May 2017, Attahiru took over the theatre command from Major General Lucky Irabor who is now the chief of defense staff. However, suicide bombings and attacks on military formations increased drastically.

In June, barely a month after he took over, Boko Haram insurgents attacked Maiduguri, the Borno State capital.

‌The month after, a group of geologists and technologists from the University of Maiduguri were ambushed by Boko Haram insurgents at the Magumeri area of Borno. About 12 soldiers who escorted the academics were reportedly killed.

Some members of staff of the Nigeria National Petroleum Corporation on the team were also killed in the brutal ambush.

Reacting on social media, one Kevin in a series of tweets wrote “

Lt. General Buratai sacked Major General Attahiru Ibrahim in 2017 for not being competent enough in leading the war against Boko Haram. 4 years later, Buhari sacks Buratai as Chief of Army Staff and replaces him with the “incompetent” Attahiru Ibrahim. Confusion Break Bone”

See screenshot of more reactions below: 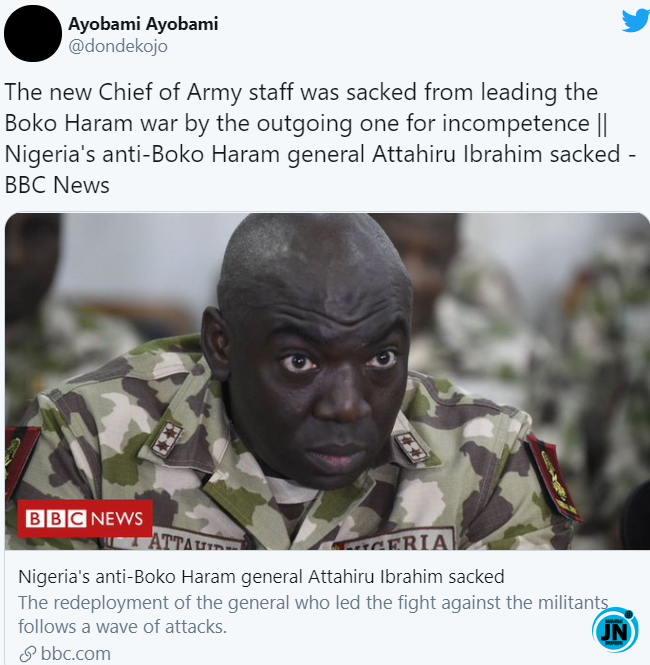 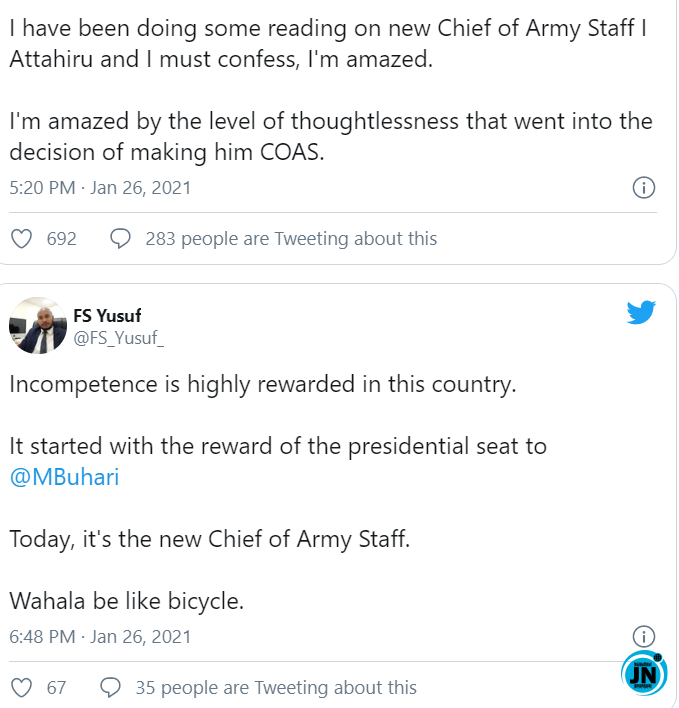 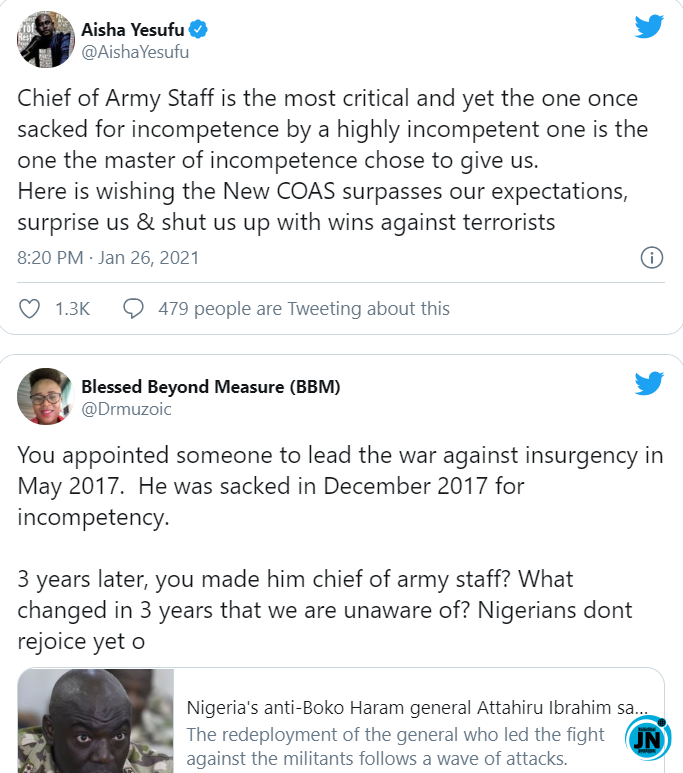 Between the failing Nigeria nation and the regional calls for secession, the path to excellence
Lady slams boyfriend for failing to buy her iPhone 11, threatens to sleep with cousin to get it
Man hires neighbour to impregnate wife; drags him to court for failing to impregnate her after 75 attempts
Nah Today?– Davido reacts to his colleagues failing to celebrate his 10th Anniversary