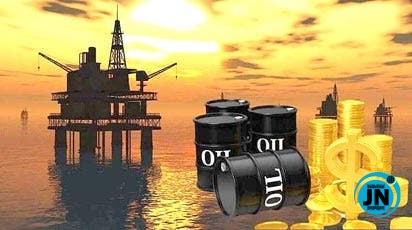 In spite of the rising trend in the price of crude oil, the nation’s external reserves have fallen by $1.86 billion in seven weeks to $34.66 billion.

The price of crude oil, which accounts for 90 percent of the nation’s dollar earnings, has been on the upward trend since November 30th last year, buoyed by production cut by OPEC+.

For example, the price of Nigeria’s Bonny Light crude oil rose steadily to $68.19 per barrel last weekend from $46.67 per barrel on November 30th, indicating a 46 percent increase in about three and half months.

However, data from the Central Bank of Nigeria, CBN, showed a different trend for the nation’s external reserves.

The seven weeks decline followed a five-week steady increase in reserves from $34.825 billion on December 17, 2020.

Commenting, experts at Agusto & Co, a Lagos-based credit rating agency, attributed the decline in reserves amidst rising crude oil prices to a host of factors, including redemption of the nation’s $500 million Eurobond and maturing swap transactions as well as the settlement of pent-up forex demand.

They stated: “Although oil prices have rallied in the first two months of 2021, hitting as high as $70 per barrel in March 2021, the country’s reserves have not grown at the same rate. Nigeria’s Eurobond redemption of $500 million and maturing swap transactions, rising costs from refined crude oil importation at a higher landing cost, and the gradual settlement of pent-up forex demand continue to pressure gains from stronger oil prices.

“However, with an improvement in FX inflow from stronger oil prices and CBN’s unorthodox initiatives to attract dollar inflows, we expect an ease in forex  illiquidity as pent-up demand for forex is met gradually.”

Meanwhile, experts at Cowry Assets Management Limited opined that the sustained bullish trend in the crude oil price will enhance the stability of the naira in the Investors and Exporters (I&E) window this week.

Their optimism follows the N1 appreciation of the naira in the I&E window last week when the indicative exchange rate dropped to N410 per dollar from N411 per dollar the previous week.

“In the new week, we expect Naira/USD to stabilize at most forex windows as crude oil prices sustain the bullish momentum. However, we feel that the CBN’s Naira to Dollar Scheme appears to be another form of Naira depreciation which may have sent the wrong signal to the forex market,” they said.