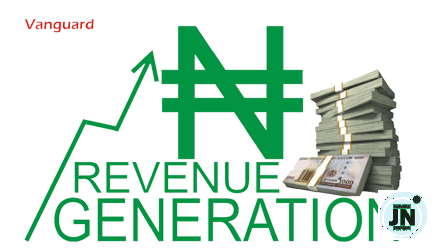 As Nigeria slides into the second recession, a Production/Industrial Engineering expert, Engr David Ozigi, weekend, called, for a paradigm shift to tackle dwindling resources, revenue, and reserve as the country’s economy remains at the consumption level.

Ozigi stated this while presenting a keynote paper titled, ‘A Case For Paradigm Shift From Consumption To Production – An Imperative For Nigeria’ at the installation ceremony of the 16th Chairman of the Kaduna Branch of Nigerian Society of Engineers.

Ozigi who described the situation as pathetic said it is unacceptable for the continued decline in national revenue and the huge unemployment rate in the country.

He also decried the economic situation which also has triggered urban violence, kidnapping, and militant insurgency in the country.

He emphasized that manufacturing remains the sure pathway to higher productivity and increased living standards. An economy with a poor manufacturing base will generate little opportunity for employment and consequently increased poverty. In order to create a strong, growing, solid national economy the role of industry as a contributor of national income should reach about 40 percent of GDP, at which level the country would see ample production from domestic manufacturers.

He also stated that many challenges confront the development of industry: poor infrastructure, limited financing schemes, a rigid bureaucracy, difficulty in accessing land/workspace, and a shortage of human resources with competency in engineering that can boost creativity and innovation.

According to him the conservation among constituents segments of the Nigerian nation should seize to focus on how to share the ‘national cake’, because the “cake needs to be baked before it can be shared. The focus therefore should be how to consistently increase the quantum of cake being produced and sustainable too.”

He said: “This situation is certainly worrisome considering the fact that statistics have shown that over 60 percent of Nigerian youths are unemployed or underemployed.

“Consequently, the army of restive unemployed youth has resulted in increased urban violence, kidnapping, and militant insurgency in the country.

“This pathetic situation underscores the urgent need for an effective reversal. We certainly cannot continue in the direction of a continued decline in national revenue and massive unemployment with its attendant consequences.

“The need for a paradigm shift; Nigeria’s pathetic situation of a consumption economy is certainly not sustainable. However, one may be tempted to ask, can we really reverse the situation and how?

“Fortunately, we seem to have aroused from the consumption-induced coma because, there is a strong belief that Nigeria’s industrial capacity is on the verge of a reversal, especially with some aggressive domestic investment made in cement and sugar manufacturing.

“The renewed focus on agriculture and the agriculture – value chain, and with new investments in commercial farming, fertilizer plants, and food processing plants raise hopes of a renaissance.

“But, we need to ensure we rebuild a strong economic foundation on which the resurgent productive capacity will anchor and withstand the whirlwind of globalization and international pressures and competition.

“To drive our quest to become a productive nation that will achieve a quantum leap, we need to jettison consumption in favor of a production-oriented economy.”

He further stated, “In the recent past, the federal government of Nigeria developed the Nigeria Industrial Revolution Plan (NIRP). The plan was based on four pillars: Agro-Allied, Metals and Solid Minerals, Oil & Gas industrial activities, and Construction, Light Manufacturing, and Services.

“The present administration of Maj. General Muhammadu Buhari (Rtd), GCFR, perhaps as a direct response to the economic recession of 2016 developed the Economic Recovery and Growth Plan (ERGP): 2017-2020.

“The broad strategic objectives of the ERGP are to: restore growth, invest in human capital, and build a globally competitive economy.

“The ERGP sets a target of 7 percent real GDP growth by 2020. This is initially is driven by the oil sector and then increasingly by strong non-oil sector growth (agriculture, manufacturing, and services). This effort must be acknowledged for what it is, a conscious desire to transiting from a consumption-oriented economy to a production-oriented economy.

“Central to the sustainable economic recovery and growth, the Power Sector Recovery Plan is promising, with strategies to restore financial viability, improve transparency, and service delivery.”

But he queried, “As commendable as the goal of ERGP is, the truth remains that if the foundation is faulty, and we cannot make desirable progress.

“We certainly need to revisit the foundation. In doing so, we need to critically examine the factors militating against our productive capacity and capacity utilization. Here we need the Engineers (along with other professionals) to come to the rescue of the nation.

“Certainly, the moment we reverse the trend and increase our production, to supply more of our domestic needs and export the surplus, our balance of payments will improve, our foreign reserves will accumulate and the value of our currency will improve, thereby having a further salutary impact on our economy.

According to him factors to be addressed to ensure that Nigeria embraces manufacturing, increase GDP and reduced poverty level include, Physical Infrastructure Development- The government must not only make major investments in Energy, especially Electric Power, Transport infrastructure- Roads, Railways, Seaports, and Airports, and Science Engineering Technology infrastructure should be incorporated; Research & Development-Global competitiveness in industrial and Agricultural production is driven by creativity and innovation.

To drive these, our investment in Research and development must escalate steeply; Skilled Manpower- From comparative global experience, it has been established that skilled productive manpower can become a competitive advantage. This was the major factor that helped turn China into the world’s factory.

Access to Credit- It is right to say that nothing will promote productive activities in Nigeria, especially in the Agro related production than the liberal access to credit at a single-digit interest rate.

While speaking on the roles engineers play in economic development, he asserted that to achieve a productive economy the place of engineering in addressing the first three factors (Physical Infrastructure Development, Research & Development, and Skilled Manpower) outlined above, is immediately obvious.

“The engineers are in the driver’s seat to pilot physical infrastructural development, construction works, machine-building/fabrication, and the likes.

“Engineers are well-positioned to start technology-based enterprises, by acknowledging the societal needs and applying their skills and practices to meet the needs

“By their privileged training and creative skills, engineers are expected to embrace techno entrepreneurship. They can start by initiating the establishment of small manufacturing outfits; I mean basic cottage industries such as Coat Hangers, Hairpins, Shoe Tacks, Wire Nails, Machine Screws, Rivets, Steel Bolts, and Buckle Hooks & Allied products, among others”, he added.

Meanwhile, his paper also focused on sustainable and inclusive growth of the economy which he pointed out that an expanding economy does not mean that everyone benefits equally, hence the need to ensure inclusive economic growth for poverty alleviation.

“In other words, economic growth has to be inclusive to ensure the well-being of the entire population. Creating enabling conditions for inclusive growth helps bridge economic, social, and environmental gaps for sustainable development.

“Some fundamentals for accelerated growth include Skills development; Supportive policies towards micro, small, and medium enterprises; The capacity to innovate and absorb new technologies; The ability to produce a higher quality and greater range of products; and infrastructure and other investments.

“Nigeria must (of necessity) establish a stable environment that enables the business to flourish. Business wants a level playing field and to be connected to major markets. It also wants a simple regulatory framework that makes it easy to start, operate, and close a business.

“MSMEs that employ the most people are especially restricted by complicated regulations that can breed corruption. Furthermore, in order to bring new prosperity and new opportunities, growth must also usher in new ways to support sustainable consumption and production. It must also enable sustainable development”, he said.

He also called for recognition of women as they form a major part of inclusive growth.

According to him Sections A and B of the Beijing Platform for Action recognize women’s lack of access to productive resources and limited access to economic power-sharing as being major causes of poverty.

“Gender disparities in access to economic resources, including credit, land, and economic power-sharing, directly affect women’s potential for achieving the kind of economic autonomy they need to provide a better quality of life for themselves and their dependents.

“The female gender in Nigeria constitutes about half of its population, any policy or action of government, organizations, communities or individuals that consciously or unconsciously exclude (or discriminates) against the female gender breeds underdevelopment, as the aggregate output(production) is diminished while the consumption (of the entire population) remains high. This remains a factor contributing to Nigeria’s development limitations, and cannot be ignored”, he stated.

In conclusion, he said, “Here, I dare to conclude that industrialization remains the best policy option for sustainable economic growth and development and Nigeria cannot be an exception.”