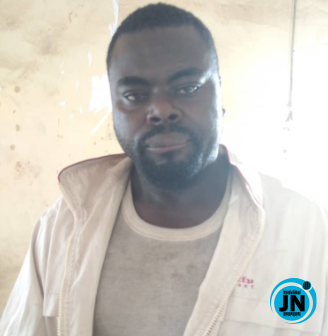 The suspect who claimed to be an evangelist allegedly lured his neighbor’s daughter a twelve years old girl and had unlawful carnal knowledge with her.

Police detectives took the victim to the hospital for medical Examination where penetration and laceration of her hymen were confirmed by the medical doctor.

Meanwhile, the suspect has voluntarily confessed to the crime, and the case transferred to the State criminal investigation department for discreet investigation as directed by the Commissioner of Police CP John B.Abang, FDC.

The suspect would be charged to court for prosecution as soon as the investigation is concluded.

Angry mob burn Nnamdi Azikiwe’s statue in Anambra, say he’s the cause of their problem
10-Year-Old Boy Becomes The Youngest King In Anambra
Reputable Evangelist Arrested for Raping His Neighbor's 12-year-old Daughter in Anambra
Panic as pastor is caught with charm inside church in Anambra state