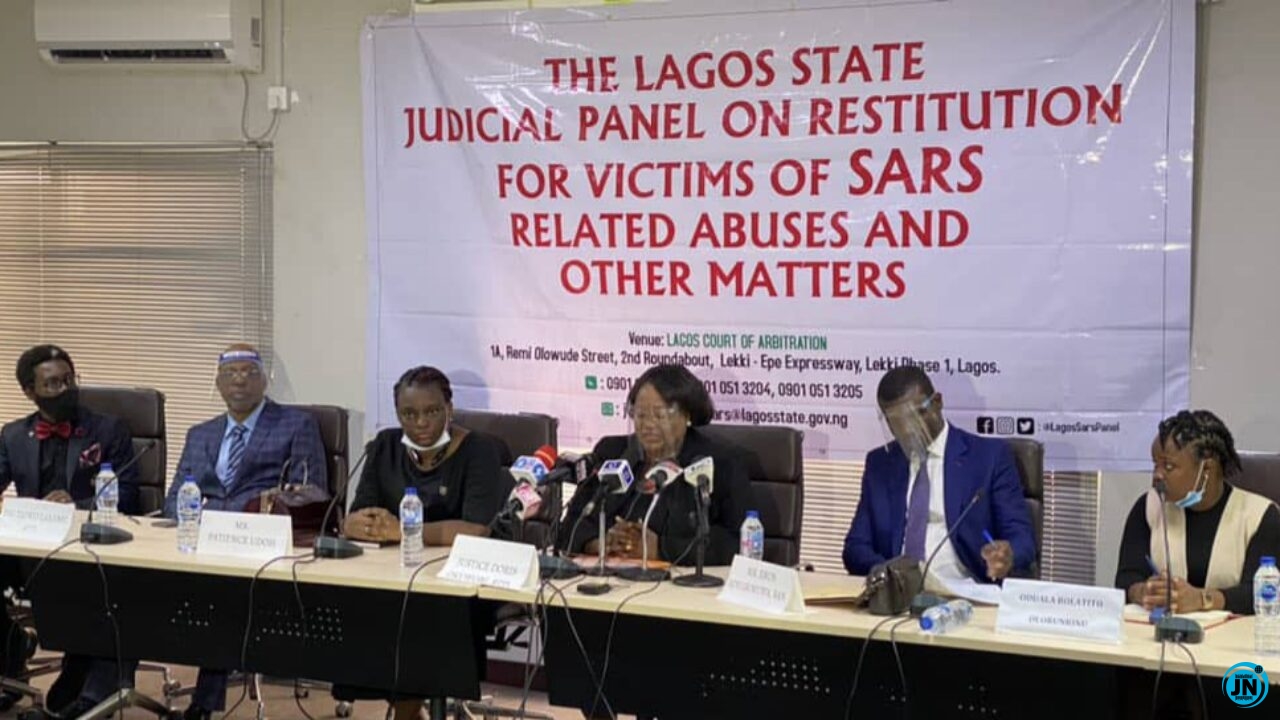 After one week break, the Lagos State Judicial Panel of Inquiry probing the alleged shooting of #EndSARS protesters at the Lekki tollgate on October 20, resumed sitting on Saturday.

The resumption followed the return of the two youth panel members, Rinu Oduala and Temitope Majekodunmi.

Both had abstained last week in protest against the freezing of bank accounts of #EndSARS promoters by the Federal Government through the Central Bank of Nigeria.

The retired Justice Doris Okuwobi-led panel had adjourned on November 7 when its proceedings were frustrated over the inability to form quorum due to the boycott of the sitting by the two youth panel members.

The panel fixed Saturday for the Nigerian Army to return to give its testimony.

The Nigerian Army has listed three Brigadier Generals and one Lieutenant Colonel, who will testify before the panel.

Military and legal teams already seated and proceedings are underway…