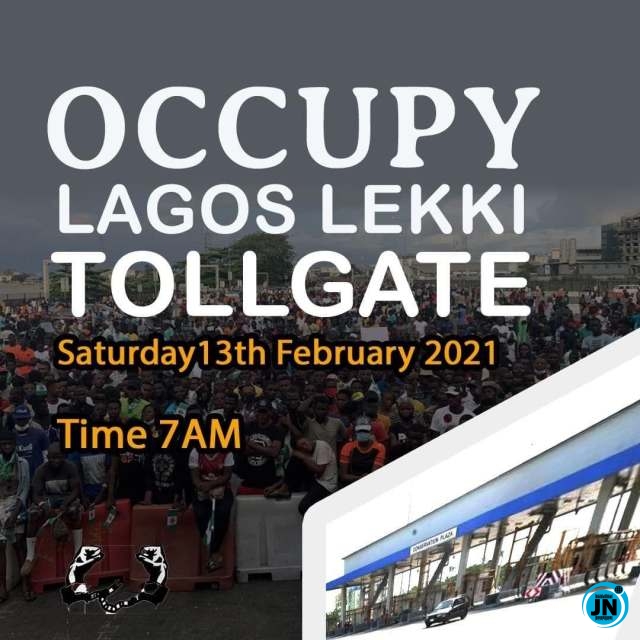 Lagosians seem not to be on the same page with the Judicial Panel of Inquiry set up by the Lagos State government to investigate the October 2020 Lekki shooting incident as many have come forward via Social Media to air their opinion on the re-opening.

With over 21k tweets under the #RevolutionNow from ‘Generation Sorosoke’, below are some of the reactions:

We say no to the reopening of lekki tollgate! #RevolutionNow pic.twitter.com/jEt00MMC1v

No to the reopening #Lekkitollgate, the perpetrators of #LekkiMassacre must be brought to book. @jidesanwoolu #Buratai must be brought before @IntlCrimCourt #RevolutionNow #Buharimustgo pic.twitter.com/MBNnFAzOPi

For tonight we are young ….so let’s set the world on fire…….so we could burn brighter and grow stronger……✊🏿✊🏿✊🏿#RevolutionNow

May the soul of our dearly departed RIP ❤️. #RevolutionNow. pic.twitter.com/bWraZtqHfd

If you lose hope, somehow you lose the vitality that keeps moving, you lose that courage to be, that quality that helps you go on in spite of it all. And so today I still have a dream. We are so courageous @yelesowore. #RevolutionNow~

Nigerian Govt is against the people, now waging war at the youth!!#RevolutionNow #EndSARS #OccupyLekkiTollGate

If we are to keep our democracy there must be one commandment: Thou shall not ration not neglect Justice#Revolutionnow

Any Nigerian who desires true freedom must be ready to fight for it, not in the ineffective courts but in the streets. Yes, fight aggressively & persistently because your oppressors won’t stop until you show mettle. They’re not the masters of your destiny. You are! #RevolutionNow

Do not let any Mugu or government advocate tell you to calm down! #OccupyLekkiTollGate the army must face justice! Sanwo Olu must face justice! LCC is not bigger than the lives of the lost, they must submit their videos. We saw the killings live on camera! #RevolutionNow pic.twitter.com/TjYHT324SR

Omo 13th is too far. Can we begin tomorrow? #OccupyLekkiTollGate#RevolutionNow pic.twitter.com/z2fbfYwsRR