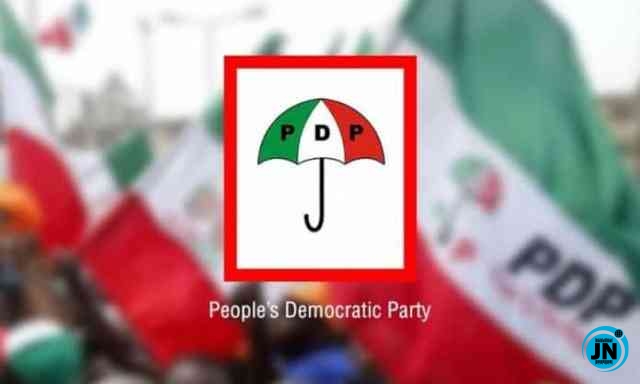 The Peoples Democratic Party (PDP) has expressed concern about the on-going clampdown and freezing of bank accounts of some Nigerians for allegedly participating in the #EndSARS protests.

The party expressed the concern in a statement issued by its National Publicity Secretary, Mr Kola Ologbondiyan, in Abuja on Wednesday.

Ologbondiyan said that it was alarmed that bank accounts of some Nigerians who participated in “genuine and peaceful protests” against police brutality in various parts of the country were being frozen.

Ologbondiyan said that it was distressing that government officials attempted to justify such action, which he described as a gross violation of the Nigeria Constitution. He said that such action amounted to a deliberate effort to economically suffocate those Nigerians and their families for calling for good governance, respect for the rights of citizens, and an end to police brutality.

“Such action does not engender hope among citizens, especially the youth,” he said adding that “it rather validates held view that government has already convicted the protesters.”

Ologbondiyan said it was strange to the PDP how the Federal Government could be harassing unarmed and harmless citizens who merely embarked on the civil protest over obvious societal ills, while insurgents and bandits continued to terrorize Nigerians across the country.

He counseled the Federal Government to immediately stop the clampdown on Nigerians especially at the critical time of the nation.

Ologbondiyan urged Nigerians, especially the youth, to remain calm in the overall interest of the unity, stability, and good of the nation, particularly at the trying time.