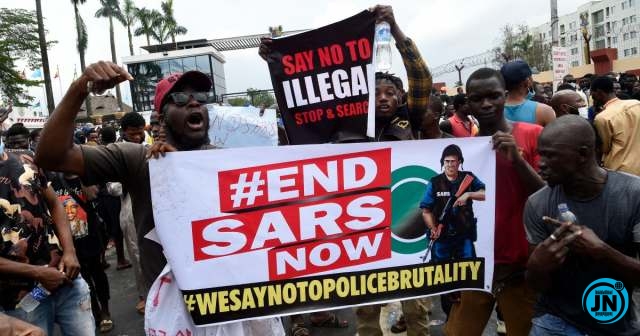 THE Judicial Commission of Inquiry into perceived police atrocities in Rivers state opened the hearing of petitions on Wednesday with grieving Nyordeh Sylvanus alleging how stray bullets from men of disbanded Special Anti-Robbery Squad (SARS) killed his 3-day old daughter on August 14, 2014.

In a separate case, a victim of alleged police brutality, Lucky Eze, also demanded compensation of N20million and footing of his medical bills from the Nigeria Police for damages caused to his right ear.

The opening hearing which witnessed these cases followed Tuesday’s inaugural address by Chairman of the Rivers panel, Justice Chukwunenye Uriri (Rtd) who has vowed not to entertain unnecessary adjournments by petitioners.

Sylvanus narrated that, “We woke up in the morning of August 15, 2014, to observe that one of the bullets from SARS operatives who were shooting from the night of August 14, 2014, in Rukpokwu, Port Harcourt, penetrated my roof and killed my only daughter, a three-day-old baby.

“I picked the bullet on August 15 morning and went to SARS office and was stopped at the entrance of the office by operatives who ordered me to turn back or join my dead daughter.”

Eze, a fuel station supervisor who resides in Ahoada, Ahoada-East Local Government Area of the state, said he started having a hearing problem with a hole in his inner ear after he was slapped by policemen who invaded his workplace on January 28, 2018.

He said: “I seek justice for brutality and wickedness visited on me by the Police on January 28, 2018. I have been having hearing problems since then. I have five medical reports from five medical doctors at the University of Port Harcourt Teaching Hospital (UPTH) confirming that the slap created a hole in my right ear.

“I seek justice for two reasons; one is to be able to continue with my treatment which I abandoned due to lack of funds. Secondly, I am seeking justice for the brutality they meted on me. I ask this panel that I will be compensated with the sum of N20milliion.”

Chairman of the Commission, Justice Uriri (Rtd), “We have over 170 petitions and we are expecting more and we will not tolerate any adjournment. The only thing that can warrant adjournment is a medical report. We have only two months to conclude our sitting. We are not here to waste time.”

A total of five petitions were heard yesterday by the Commission while a total of six petitions would be heard when the panel resumes sitting on Thursday.

How Foursquare Church GO Found His Wife While Speaking In Tongues
How Nollywood Actress, Toyin Abraham Broke The Hearts Of Her Fans
Reactions as 17-year-old boy reveals how he became a millionaire in 6 months
Nina’s husband, Tony has shown he’s pleased with his wife’s newly enhanced butt