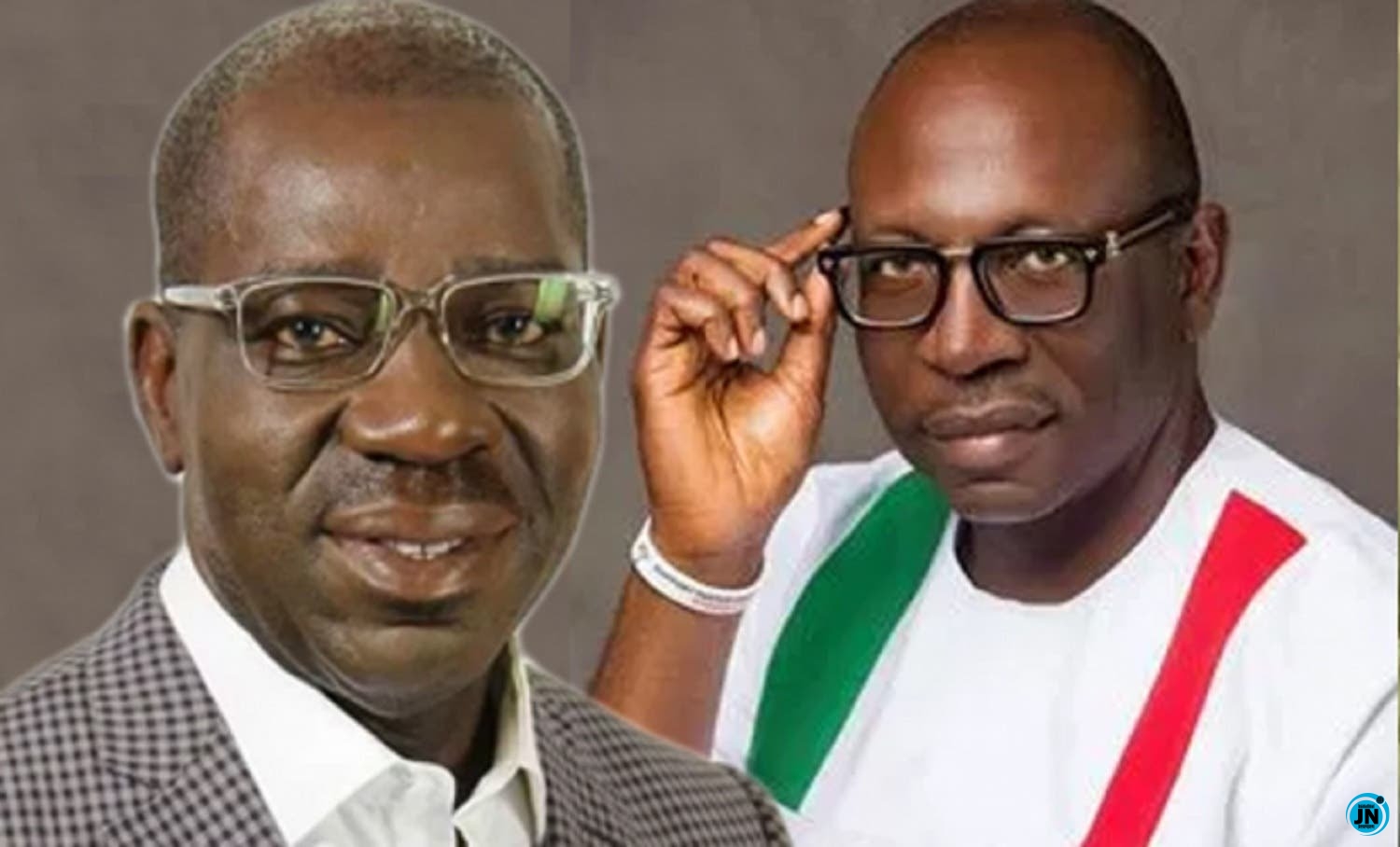 The election result, held in all eighteen local governments of Edo, was announced by the Independent National Electoral Commission ( INEC) in Benin, the state capital, on Sunday.


“Godwin Obaseki of the PDP, having satisfied the requirement of the law and scored the highest number of votes, is hereby declared the winner,” Johnson Alalibo, the chief returning officer of the Independent National Electoral Commission (INEC) in the state, announced on Sunday afternoon.

Mr Obaseki polled 307,955 votes to defeat his main rival, Osagie Ize-Iyamu of the All Progressives Congress (APC), who had 223,619 votes. He also won in 13 of the 18 local government areas and thus scored more than 25 per cent of votes cast in two-thirds of the local governments in the state to satisfy the second constitutional requirement to be declared governor.

Edo Decides 2020: Obaseki Wins Re-election As Edo Governor, Defeats Ize-Iyamu
”I’m scared for any established artists that decides to be lazy” – Don Jazzy reveals
Wizkid Or Burna Boy: Nigerians On Twitter Decides Who Will Win Nigeria A Grammy (Photos)
“I’ll Be Anxious If My Child Decides To Do Music” – Simi

“I’m so ashamed of myself” – Tonto Dikeh writes

General Pere breaks down in tears over support, loads of gifts from fans (Video)

“We don’t want to fight ourselves, stop creating war” – BBNaija’s Sammie lashes out