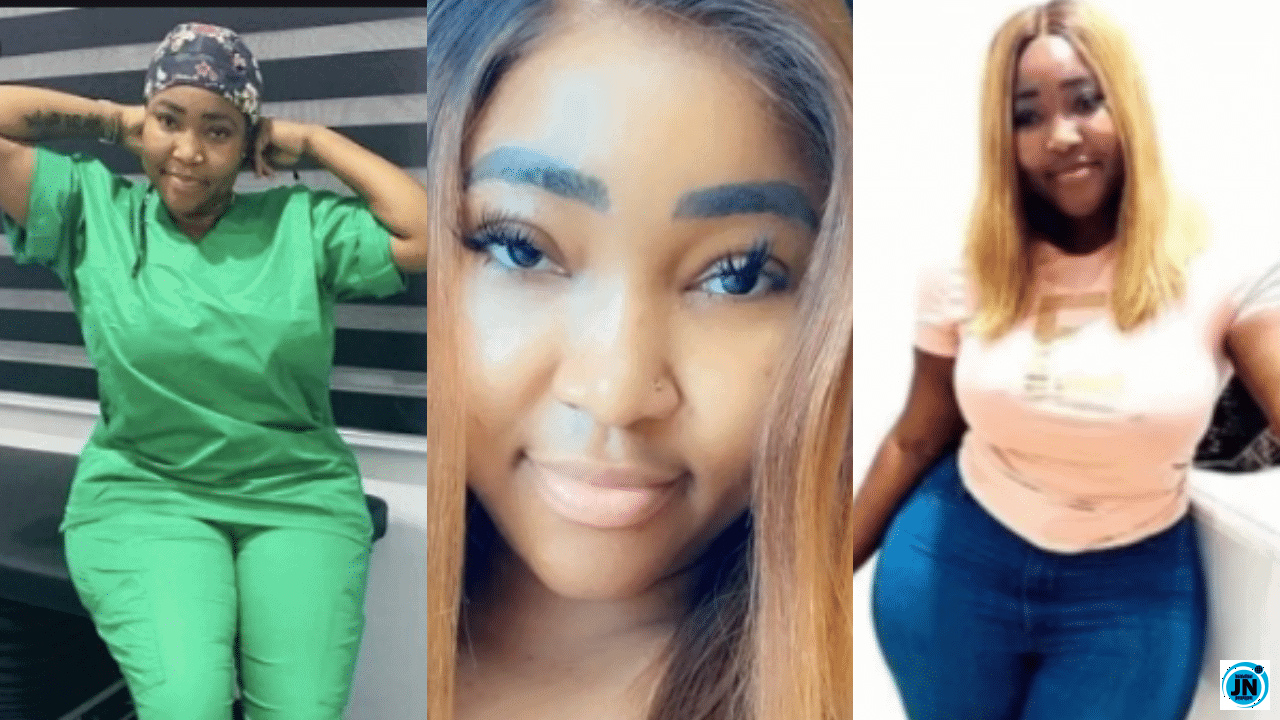 Check out our Movie/TV Series Website
Controversial and alleged quack surgeon, Dr. Anu has been suspended from the medical profession in Nigeria and reports have it that she can never practice anywhere in the world.


Kemi Filani News recalls that a number of women who went to Med Contour for cosmetic surgery complained about having complications that they still suffer from. One particular patient was rushed to LUTH and eventually died after being operated upon by Dr. Anu.

Earlier this year, LUTH petitioned the medical panel following the death of the victim of Dr. Anu’s procedure who died after being transferred to its hospital.

Dr. Anu has continued to insist that she’s a qualified cosmetic surgeon and has undergone the necessary training. She said she is a graduate of the University of Lagos College of Medicine Class of 2015, after which she went abroad to study cosmetic surgery, making her a Physician member of the American Academy of Cosmetic Surgery.

She added that she has performed over 300 successful surgeries and blamed patients’ complications on their failure to follow post-surgery care guidelines that she gives because they think they know better.

Dr. Anu was pictured in court in July 2020 when the Federal Competition and Consumer Protection Commission, FCCPC, arraigned her before Justice Mohammed Liman of the Federal High Court, Lagos, over her services which allegedly resulted in the death of Nneka

She has now been suspended from the medical profession in Nigeria and, according to a popular medical doctor,  Dr. Olufunmilayo. He said she cannot practice anywhere else in the world.

Dr. Olufunmilayo shared the news, writing: “Dr. Anu of Med Contour has now been suspended from the medical profession in Nigeria. Remember her viral story was all over social media when Omohtee said she ruined her buttocks. Dr. Anu was alleged to also killing a beauty queen in 2018 who she did surgery on.

“She graduated from College of Medicine Unilag 2017. By December 2018 she carried out a Plastic Reconstructive Aesthetic Surgery procedure on a patient who developed complications and went on to die from the complications.

“She was a House Officer when she carried out the procedure. Her suspension is till further notice. It is pending the determination of the case by the Medical and Dental Practitioners Disciplinary Tribunal.”

Dr. Olufunmilayo added: “If you read the Dr. Anu story earlier this year on Twitter, this is to confirm she has now been suspended from medical practice. She only graduated from The College of Medicine UniLag 2017. Then she did a butt enlargement operation on a beauty queen in 2018. Sadly the patient died.”