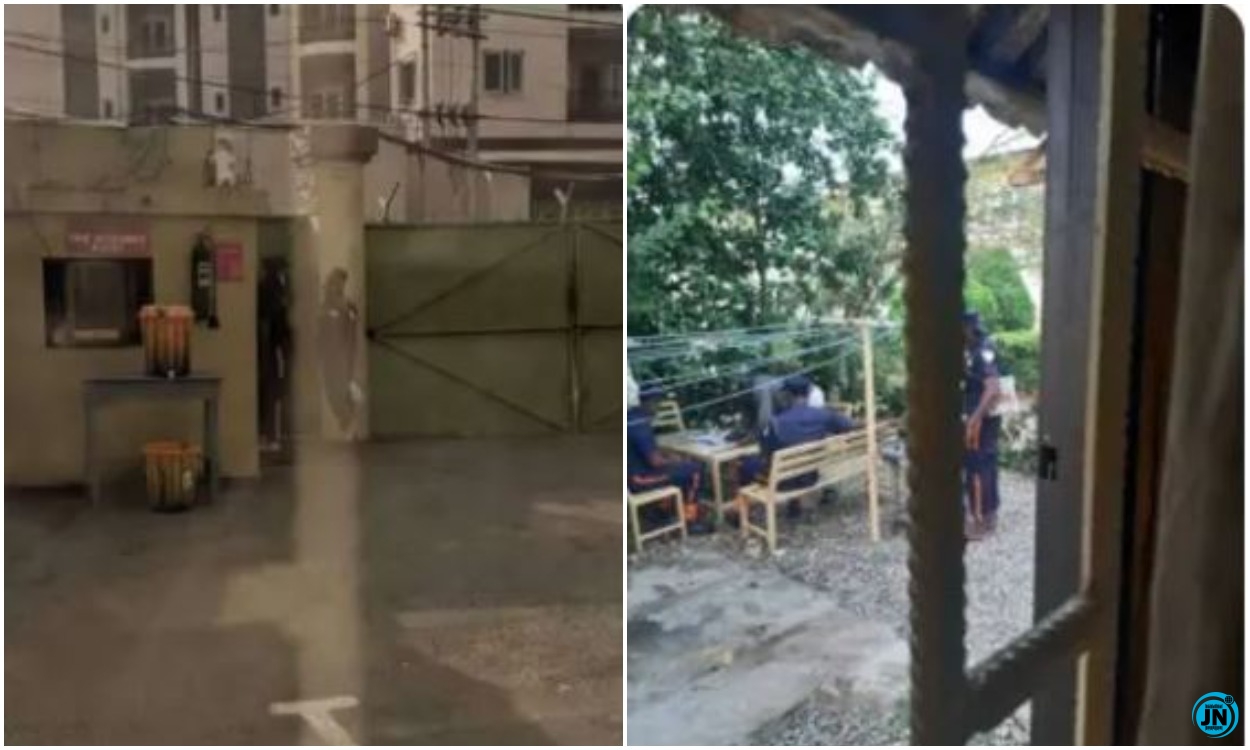 The earlier interim ex-parte request granted Benson Ibezim, the 3rd Claimant/ Respondent the receiver Manager selected by AMCON which is the 1st Respondent to take ownership of the assets belonging to Oreye and his wife which involves their residence and hotel located at Omole Estate, Lagos was vacated after careful consideration of all Affidavits, counter-Affidavits, written addresses, exhibits and submissions of counsel for and against the relief sought.

Delivery judgment, the presiding Magistrate ordered immediate vacation of the ex-parte order regarded that the court dismissed or set aside the earlier order because the earlier ex-parte order was taken without authority and upon suppression of facts. Besides, the Judge regarded that AMCON’s Lawyer went ahead to move the motion on March 9th in spite of the fact that a note of Appeal showing that the matter was in the Supreme court was served the Claimant on February 14 this year.

Kemi Filani News recalls that Oreye Livingstone appealed to the Attorney General of the Federation (AGF) and the Senate Committee on Banking, Insurance and other Financial Institutions over the seizing of his properties by AMCONAccording to the petition, Asset Management Company Of Nigeria (AMCON) took ownership of his two residential properties and business premises after 15 heavily armed Policemen storm his hotel in Omole estate on July 24 this year and AMCON Receiver, Benson Ibezim took unfair possession of the properties because the Receiver failed to file a motion on notice within 14 days as directed in Paragraph 9 of the same order of the court dated March 9, 2020. However, three days to the court ruling, the Receiver attempted to take full possession. This according to Oreye is occurring when the matter which has dragged on for years is now before the Supreme CourtFindings reveal that Oreye through his company Peace Global Satellite Communication in 2004 obtained N 178 million to supplement the rolling out of the wired phone. Out of the N178m borrowed, the sum of N162 million was paid back, remaining a balance of N16m on principal. There was a heavy downpour that damaged the Peace Global Satellite Communications network, a development that made WEMA bank to strive to sell the collateral used to secure the loan but Peace Global went to court in 2009 claiming amongst other things, that WEMA Insurance Brokers failed to process their thunderstorm claim for 2 years.

This matter we also assumed was already in court before the creation of AMCON but according to Oreye, WEMA Bank misled AMCON that perspective on principal was N240m which made AMCON buy the loan for N123m. According to the petition, compilation of records was done by all parties including AMCON on June 16, 2020. Thereafter the records were broadcasted on June 19, 2020, to Supreme Court while a brief of the Argument has since been filed. But Ibezim in his affidavit claimed that the matter was not before any court. But Oreye through his Lawyer was able to prove to the court that the matter is before the Supreme court compelling the same Judge vacating the earlier order. As of press time AMCON’s security men are still at the headquarters of Oreye at Omole estate and his business premises, a hospitality outfit, also located at Omole Estate, Lagos hours after the judgment of the Court even when AMCON’s Lawyer has obtained the certified true copy of the judgment and was in court when the judgment was delivered. Meanwhile, Oreye has called on the Attorney General of the Federation (AGF) and the Senate Committee on Banking, Insurance and other Financial Institutions to ask AMCON to withdraw its’ security men from his residence and hotel in strict obedience to the court order meanwhile, after the ruling, Oreye’s lawyer, Barrister Mike Umonnan, commended the court for being the hope of the hopeless and expressed confidence in the judiciary.

Despite court dismissal over AMCON’S Ex -parte order on Peace Global Communications, security operatives refuses to vacate premises
#EndSars: Angry Protester Refuses To Back Down Despite Being Flogged By Soldiers (Video)
Lady left in shame after boyfriend refuses to pick call to pay N2100 transport fare (Video)
“I No Dey Help Before Una Say Na Clout” – Davido Refuses To Help Airport Official Who Lost His Job