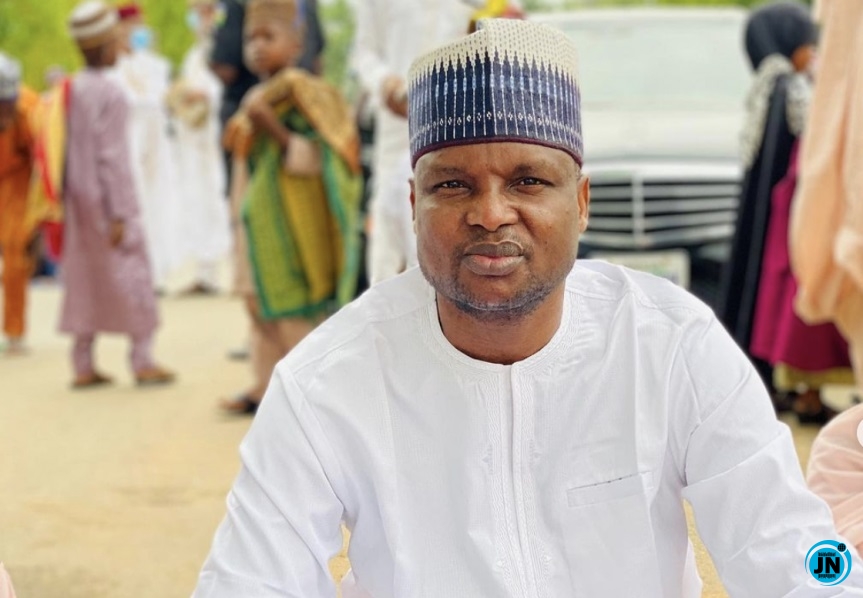 Deputy Commissioner of Police, Abba Kyari has been given until next week to publicly address the allegations level against him over his affiliation with the international fraudster, Hushpuppi.

This is coming after the Federal Bureau of Investigations, FBI, pinned the DCP as an accomplice to Ramon ‘Hushpuppi’ Abbas involving a $1.1 million deal.

According to reports gathered by Sahara Reporters through a competent source, the Inspector General of Police had a lengthy discussion on the case at hand with the FBI’s representative on Friday.

One of the sources said,

“The FBI detectives left when he (IGP) went for Friday Juma’at prayers. The FBI personnel were insistent and had a long meeting with the IGP till the close of work.

“Abba Kyari was given till next week to respond to allegations. The IGP agrees with them (FBI men) and assured that Kyari would not be assigned any new cases until the investigation was over.”

“During the meeting, the FBI insisted that IG must issue a statement confirming that Abba Kyari had been indicted because of his earlier Facebook posting mocking the FBI investigation.

“Kyari later took down the post but blocked the news media outlets that were critical of him.”

Actress Etinosa Reveals She Will Mess Up A Quran In 2 Seconds If Given To Her
‘I Would Not Have Given Erica A Dime If I Won The BBNaija Money’ - Kiddwaya (Video)
Fatimi Indimi speaks years after her sister married her ex, preaches forgiveness
Wizkid 2nd Baby Mama, Binta Speaks On Marrying Him And Opens Up On How She Has Forgiven Him (Photos)