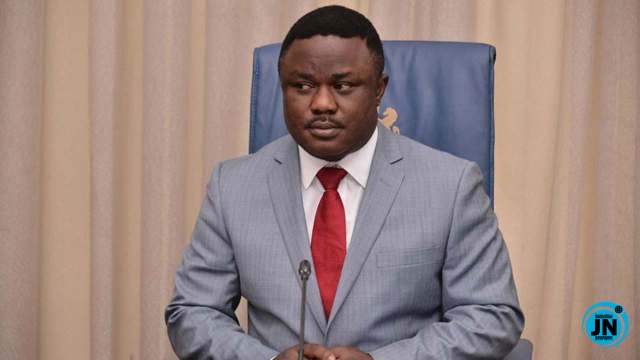 The enforcement exercise which began Monday, by the Cross River Anti Tax Agency led by its Chairman, Bishop (Dr) Emma Isong, in Collaboration with the office of the State Security Adviser and Anti-Cult and Kidnapping Squad  moved around Calabar metropolis arresting illegal tax collectors as well as ticket sellers.

Vanguard learned that about 12 offenders arrested will be sentenced immediately through the special courts created for that purpose of punishing illegal tax offenses.

So far, 12 people were apprehended on Monday with a various illegal tickets for the purpose of extorting money from unsuspecting taxi drivers, Keke riders, and so on.

Speaking shortly after the exercise on Monday, Chairman of the Anti-tax agency, Bishop (Dr) Emma Isong said that the enforcement of Governor Ben Ayade’s Anti Tax Law has taken effect.

He said; “As you can see we are on the streets this early morning to arrest those still flaunting the government order on illegal tolls and they will be charged to court immediately.

“Those arrested would not escape the arm of the law and are going to be immediately prosecuted at the Special Court as provided for in 2015 and set up for this purpose.

“We only enjoin Cross Riverians to go about their lawful businesses and report to the Agency anybody found in the sales of tickets, collection of taxes from Keke, taxi and low-income earners,” he said.

On his part, Security Adviser to Governor Ben Ayade, Mr. Ani Esin said based on the order of the governor, they decided to comb the streets of Calabar as well as the metropolis to effect the arrest of those engaging in illegal sales of tickets, collection of tolls and taxes from the poor citizens.

“The Governor had exempted a category of citizens from paying tax, but the government is disappointed that some people are still collecting taxes and illegal tolls from low-income earners.

“So our department, the Special Services, in collaboration with Anti Tax Agency,  went on the street to clean it up of illegal taxation and it is going to be a continuous exercise knowing that these illegal operators come out in the morning, afternoon, and evening. So far we have arrested about 12 of them and promise we eradicate the menace.

“We are worried because people are afraid of driving out of their houses for fear that their cars may be impounded by these Taskforce and illegal operators. Thus, the need for this enforcement.

“Already there is a law against it and which makes provision for the prosecution of these suspects. All we need to do is to trigger it and the Special Court would commence soon,” Ani said.

“Everybody smokes weed but no one admits it” – Burna Boy speaks on why marijuana is illegal in Nigeria
#EndSARS: Mother narrates how her son killed himself after losing N7m in SARS illegal detention
Cross River begins arrest of illegal tax collectors in Calabar
“Stay away from illegal money that leads to spiritual death” – Actor, Zubby Micheal (Video)