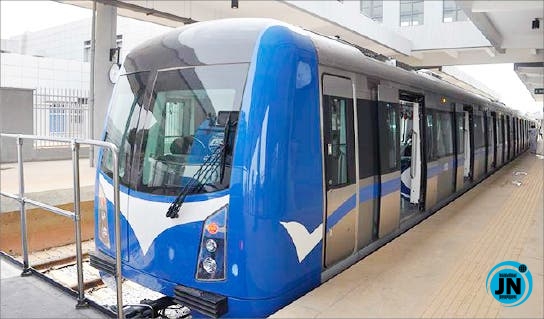 The management of the Abuja Metro light rail project has assured the residents of the Federal Capital Territory, FCT, and other users of its preparedness to commence operations once the Presidential Task Force on COVID-19 issues a directive lifting the suspension on its train services.

Recall operation at Abuja metro railway service was suspended by the PTF due to the outbreak of the deadly coronavirus disease, a decision aimed to prevent the spread of the pandemic, most especially, the boarding point was located close to COVID-19 in Idu station

The Presidential Task Force on COVID-19 was established by President Muhammadu Buhari on March 9, 2020, to coordinate and oversee Nigeria’s multi-sectoral inter-governmental efforts to contain the spread and mitigate the impact of the COVID-19 pandemic in Nigeria.

This was disclosed during the presentation of a book on Abuja Integrated Transport Plan: CCECC projects that recreated Capital City’s Economy, produced by Afri-China Media Centre, at the Airport Station of Abuja metro railway.

Speaking during the presentation, the Executive Director of Mr. Ikenna Emewu, was optimistic activities would start as soon as the Presidential Task Force on COVID-19 issues a directive for suspension of the shutdown order on the operation metro service.

Harping on what would be expected in event of reopening the metro service, he said, the Abuja Metro light rail project linking the city center to the airport will make access to the airport from the city and reverse direction easier and faster.

According to him, the Metro stations in addition to the city transport system linking the city center with Abuja Metro would also create access to the industrial district to Idu and the largest satellite town of Kubwa.

Emewu pointed out “The Idu railway node and accessibility to the Abuja industrial district for case of business and encouraging industrialization of Abuja.

On the 186-kilometer Abuja-Kaduna railway links that have facilitated travel between the two cities since inception, he commended the extent of work CCECC committed to the projects and how they all have helped the local communities and other Nigerians in having an enabler to the better economy through employment and other gains.

“CCECC Nigeria is a company that is almost 30 years in Nigeria during which it has handed over a hundred major construction projects and played key corporate social responsibility roles that lifted the livelihood of many Nigerians.

“The projects we are here to make known to the public are the four arms of Abuja Integrated Mass Transport System and they include the expansion of the Nnamdi Azikiwe International Airport through the addition of a new international terminal.

“Building of and linking the Airport to the city through the metro railway service, the Abuja city metro railway system that links the center or Central Business District, CBD, to the airport, the Idu industrial district and the Kubwa satellite town as well as Abuja-Kaduna link.”

Emewu noted that, apart from a little peripheral work around the airport international terminal entrance, the four projects are all done, completed, and functional.