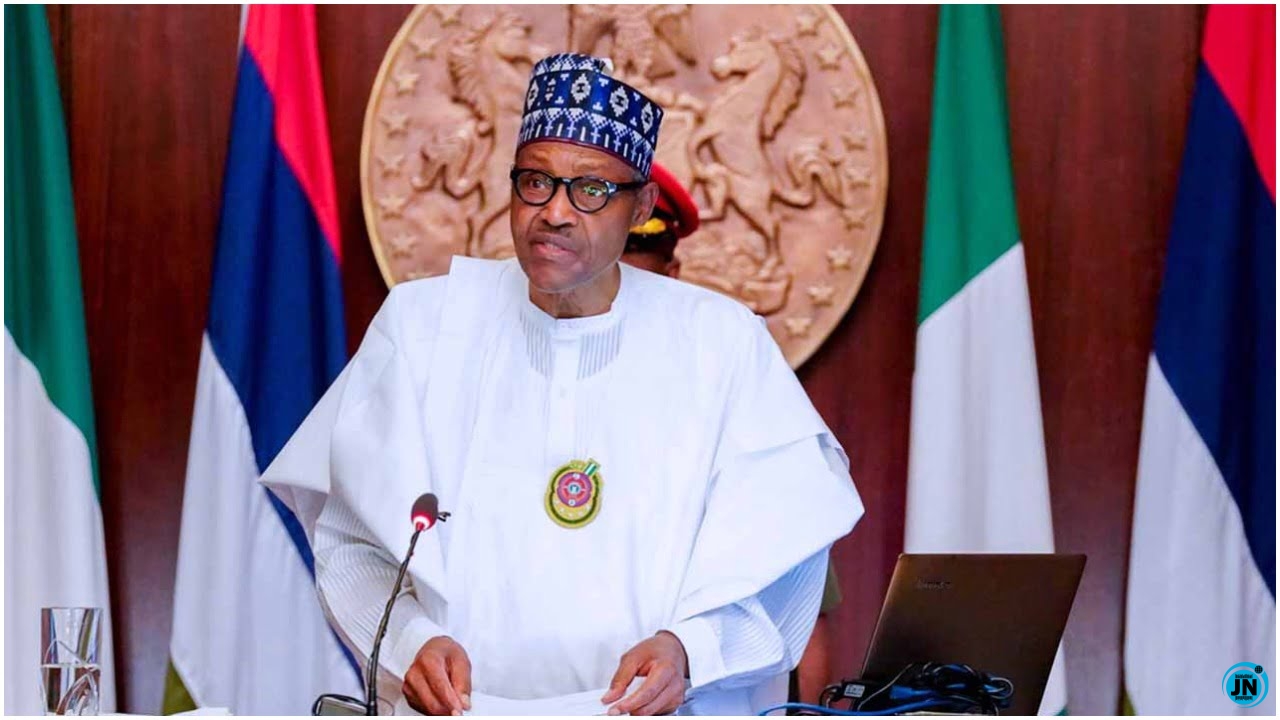 Check out our Movie/TV Series Website
President Muhammadu Buhari has cried out claiming the deadly pandemic, COVID-19 cause Nigeria to slide into recession.


The National Bureau of Statistics on Saturday, November 21, released its Gross domestic product (GDP) numbers, indicates the nation recorded a contraction of 3.62 percent in the third quarter of 2020.

This is the second consecutive quarterly GDP decline since the last recession of 2016. The cumulative GDP for the first nine months of 2020, therefore, stood at -2.48 percent.

The last time Nigeria recorded such worst decline of its economy was in 1987, when GDP declined by 10.8 percent.

President Buhari while declaring open the 26th Nigerian Economic Summit with the theme: “Building Partnerships for Resilience’’, made the assertion on the cause for the recent recession.

Buhari who was represented by Vice-President Yemi Osinbajo, said the decline in the nation’s Gross Domestic Product (GDP) came after 12 successive quarters of positive growth.

He also added that the lockdowns, disruption in global supply chains, business failures and rising unemployment caused the recent recession.

“We can all recall that during the lockdown, farming did not take place, businesses were closed; schools were closed as were hotels and restaurants.

“The economy only began to recover when these activities resumed and if we are able to sustain the nearly three percentage point increase from the second quarter decline of minus 6.1 per cent, the performance in the fourth quarter could take us into positive territory.”

Buhari who disclosed his adminstration’s effort to mitigate such impact led to the introduction of the Economic Sustainability Plan (ESP), further revealed that all the programmes in the ESP are reliant on the private sector playing a key role in creating and conserving jobs and the production and delivery of services in agriculture, housing, solar power and digital technologies.

Buhari also noted that partnerships are essential and also necessary for framing medium and long-term development plans as the nation combats the COVID-19 pandemic.

Pointing out that the  private sector had a key role to play in the efforts to build a more resilient and competitive economy as expressed in the Economic Recovery and Growth Plan, the President further averred that private companies in design, construction, logistics and finance were very much engaged in the nation’s infrastructural projects in power and rail as well as road and bridges.

Man digs out tweet of lady begging for money on Twitter, after she bragged that she uses N500k to buy clothes
Checkout Tacha's Reaction To Gedoni & Khafi's Engagement
Singer, Sinach Gets Honoured With A YouTube Gold Plaque
Drama as police officers arrest Lesbians who were about getting married (Video)