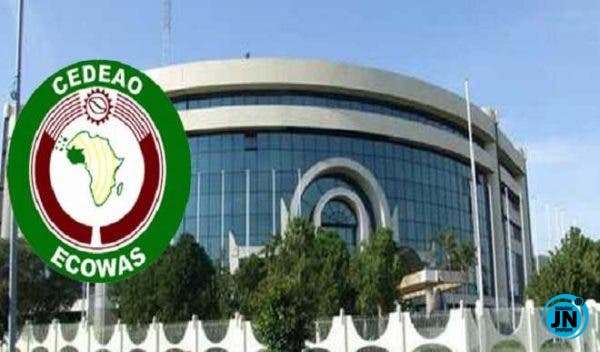 The West Africa Health Organisation (WAHO) has warned Member States of the ECOWAS Community to brace up and prepare for the possibility of a second wave of the COVID-19 Pandemic.

WAHO gave the warning in Guinea Bissau at the ongoing delocalized meeting of Parliament, with the theme: ‘Agricultural Production and Food Security in the ECOWAS Region under COVID-19 Pandemic’.

According to a statement made available by Parliament, the Delocalised Meeting was organized by the Joint Committee on Agriculture, Environment and Natural Resources, Industry and Private Sector, Health, Energy, Mines, and Social Affairs, Gender and Women Empowerment.

The Director-General of WAHO Prof. Stanley Okolo while pointing out that the region already had a total of195,000 confirmed cases, cautioned that community leaders and citizens must remain vigilant.

He said that although things appear to be stabilizing, it was no time for ECOWAS to relax, stressing that a second wave may only be delaying.

Prof. Okolo said that the region should also be more concerned as it lacked the vaccines and the capacity to contain a second wave of the virus.

“We appear to be stabilizing but let me put a note of caution, as Europe is having a second phase, it may be that we are going to have a second phase.

“So, we should remain vigilant in West Africa. We do not know whether we will have a second wave in Africa but the possibility remains, we do not have vaccines at the moment and even when the vaccines come, we are anxious and concerned about how much we will get in Africa.

“We do not have the capacity for producing vaccines, we do not have enough money to get enough vaccines to cover our population, and we are down the queue in terms of the vaccines that are being produced in the developed world,” he said.

He, therefore, charged the region’s leaders to emphasize the use of masks, observe social distances, wash hands, and imbibe personal hygiene, which he said will prevent people from having Covid-19.

He also disclosed that as of midnight on Tuesday, the sub-region had recorded 195,073 confirmed cases adding that about 2,801 citizens of West Africa have died from COVID-19.

“We do have at the moment just under 9,000 active cases across our region and what you can see is that this has been ranked in the order of the countries that have had the highest number of cases. Globally we have had over 51, 456,000 and Africa has had about 3.6 percent of the global incidences”.

He noted that the frequency of death across Africa is about 2.4 percent, and in ECOWAS is about 1.5 percent, which means that about two in 100 people will die from this disease.

The WAHO DG commended all ECOWAS Member States for their laudable efforts at controlling the virus, adding that they have had the political level commitment.

On his part, Parliament’s Speaker, Sidie Tunis, assured he will rally members of parliament to ensure that they prevail on governments of their individual member states to ensure measures were in place to cushion the impact of the pandemic.

“The legislature is working very hard to ensure that all the decisions taken in the ECOWAS especially on agriculture and food security are implemented in the national assemblies of member states,” he said.