Breaking: House will pass PIB into law in April — Gbajabiamila
Posted by 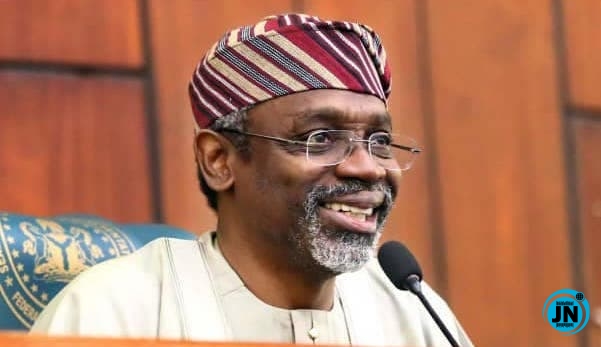 Speaker, House of Representatives, Femi Gbajabiamila has reiterated the commitment of the parliament to passing the Petroleum Industry Bill, PIB into law in April this year.

The Speaker gave the assurance while making his remarks at the public hearing organized by the Ad-hoc Committee of the House on PIB currently ongoing.

He, however, said that the speed of the passage would not diminish the thoroughness the lawmakers were expected to give to the bill.

“We tend to pass this bill by April. That is the commitment we have made. Some may consider it a tall order. But we will do it without compromising the thoroughness”, he said.

Also speaking, the Minister of State for Petroleum Resources, Timipre Silva expressed happiness that after 20 years of its introduction to the national assembly, both the Senate and the House have shown sustained determination to pass the bill into law.

Similarly, the Group Managing Director, GMD of the Nigerian National Petroleum Corporation, NNPC, Mele Kyari offered a glimpse of hope that oil will still be relevant in the next 30 years.

He said the passage of the bill into law will bring about the needed vigor and transparency that would in turn engender productivity in the petroleum industry.

On his part, the Chairman, Federal Inland Revenue Service, FIRS, Mohammed Nami said: “the bill when passed into law will promote economic growth and make the petroleum sector competitive.”

The Chairman aligned the Service to the objectives of the bill.

“FIRS is in total support to develop the oil and gas industry in line with the international best practices”, he said

Termed “A Bill for an Act to Provide Legal, Governance, Regulatory and Fiscal Framework for the Nigerian Petroleum Industry, the Development of Host Communities and for Related Matters (HB. 1061)”, PIB is an executive bill that deputed to the national assembly 20 years ago.

But high profile variegated interests, according to reports, had stifled its legislative progress and passage.

To this end, President Muhammadu Buhari on September 20, 2020, retransmitted the bill to the national assembly for which the House is holding the public hearing.

"Nengi and I will be loyal to each other till death" – Ozo (Video)
Tiwa Savage Biography and Net Worth: Age, Husband, Amazing facts you need to know and will shock you
Twitter User Reveals How Much Wizkid And Davido Will Make If They Release A Joint Single
“I’m not your Christian savior; I will not fit into this box you try to put me in” – Tems sets fans straight