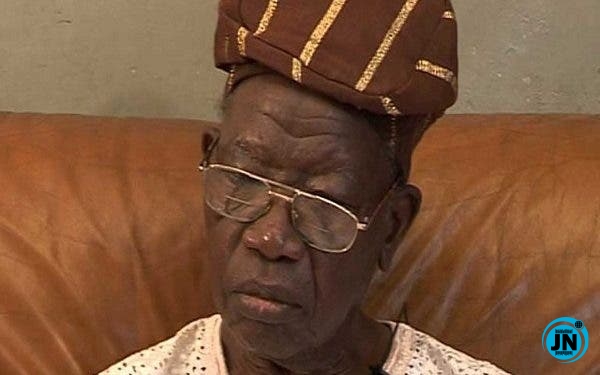 He died on Thursday morning in Lagos at 91

His death was announced by Lagos state governor, Babajide Sanwo-Olu who said ”With gratitude to God for a worthy life well spent in the service of Lagos State, Nigeria, and humanity, I announce the death of a venerable statesman, outstanding politician, public administrator and the first Civilian Governor of Lagos State, Alhaji Lateef Kayode Jakande,”.

“Negotiation with FG yielded good result” – ASUU raises hope of resumption after recent meeting
Davido Denies Taking His First Baby Mama, Sophia And Their Daughter Imade On A Vacation To Ghana
How I found out that my 4-year-old daughter, Mitchell is not mine – Duncan Mighty shares story
#BBNAIJA2020: "Ask Erica Out, She’s Playing With Kiddwaya’s Heart" – Kaisha Tells Laycon (VIDEO)