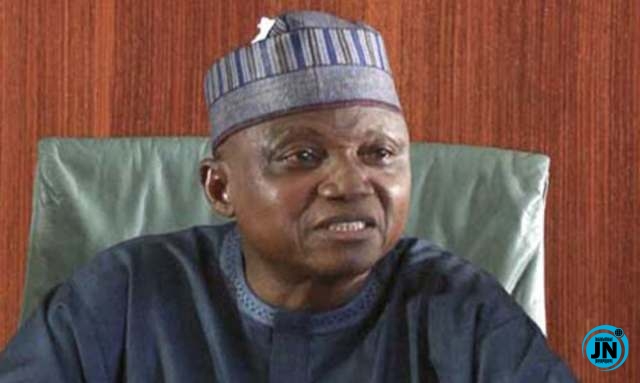 Presidential Spokesperson, Garba Shehu has said that explaining the circumstances that might have led to the farmers being killed does not mean he does not have sympathy for the victims as he was merely throwing light on the mode of military operations in the war zone of the Northeast.

This is coming after his comment on a BBC Newsday interview didn’t go down well with a lot of Nigerians who termed it insensitive.

Shehu had said that there was no clearance given by the military which is in total control of those areas to the farmers before they went to the fields.

In a thread on Twitter, Shehu said that his statement was misinterpreted and that as a human with tons of compassion and empathy, he could not have said that the victims deserved their fate for ignoring security clearance.

His Tweet reads: “Today, I found myself leading the trends in the social media for the wrong reasons. The State of Borno is essentially a military zone up till now that we are talking and much of what people do; much of where they go are governed by the exigencies of security.

“Routinely, traders, administration officials, and even UN agencies get the green light to go to many of the areas to avoid trouble.

“Information from security agencies says that the Zabarmari marshlands are infested with land mines and movements in around those areas subject to military oversight. No one is delighted with the massacre in Zabarmari and there is nothing anybody will gain by playing blame games.

“The question I tried to answer on BBC was: did the security sign off on the area as being free of mines and terrorists? The honest answer is, no. I’m human with tons of compassion and empathy, and could not have said that the victims deserved their fate for ignoring security clearance.

“I was merely explaining the mode of military operations in the war zone of the Northeast. There are areas that are still volatile that require security clearance which is intended to put people out of harm’s way.

“When tragedies occur, questions arise in terms of how something happened in order to avoid future recurrence. Informing the military of our movements in an area of volatility and uncertainty is intended to preserve public safety.

“Explaining why something happened doesn’t mean I have no sympathy for the victims. I was just explaining the military procedures on the safe movement of the people and not supporting the death of the victims.”

Today, I found myself leading the trends in social media for the wrong reasons.

Pandemic Likely Could Have been Prevented if China, WHO acted Differently.
#BBNaija: Moments Erica Couldn’t Hold Back Her Tears, After She Was Disqualified (VIDEO)
Could This Be Wizkid And Tiwa Savage Flirting On Instagram? (Photo)
Frank Lampard Sack: How Soon To Be Manager, Thomas Tuchel Could Set Up His Chelsea Team (Photo)

Garbage shehu is as sick as his Boss. God will help all of you and those beast still supporting you in this govt.