Biafra: Produce Nnamdi Kanu in court or else there will be doom – MASSOB tells FG
Posted by 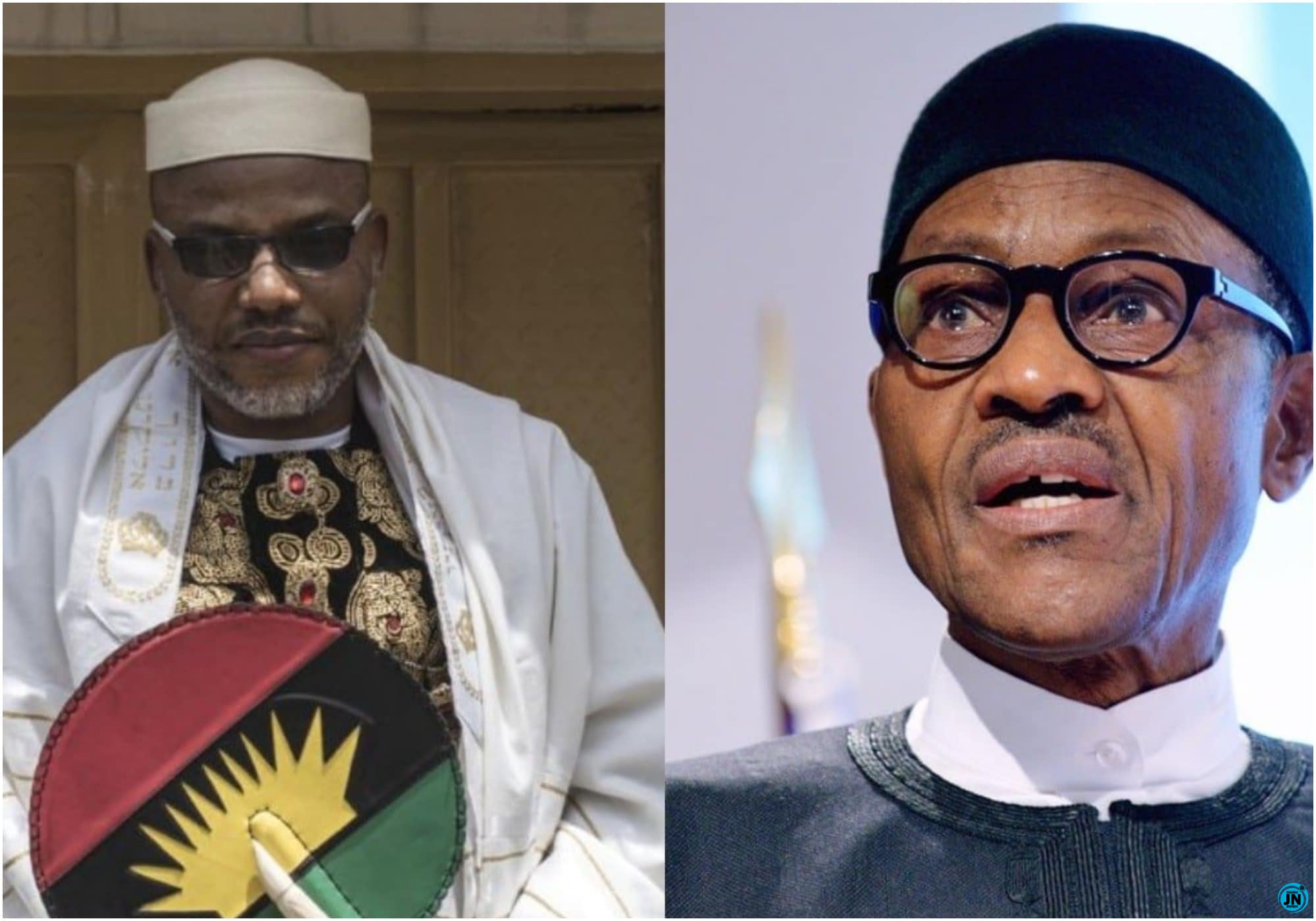 The Movement for the Actualization of the Sovereign State of Biafra (MASSOB) has said the Nigerian government risks “doom” if Nnamdi Kanu, the leader of the Indigenous People of Biafra (IPOB), is not produced in court on Thursday.

This was contained in a press release signed by its leader, Comrade Uchenna Madu.

Recall that Justice Binta Nyako had fixed October 21, 2021, for the continuation of hearing in the treasonable felony charges preferred against Kanu by the Federal Government following.

This followed the failure of the Department of State Service (DSS) to produce the successionist leader before the court on the 26th day of July 2021.

Kanu was rearrested at Kenya in a combined team operation between foreign security intelligence outfit and the Nigeria government and was extradited to the country to continue his trial, after he fled Nigeria following a military attack, during the operation codenamed ‘Python Dance,’ on his home at Afaraukwu Ibeku Umuahia.

But MASSOB in the release further hinted that it would engage positively in every step, program, and activity that will affect the release of Kanu in the spirit of collaboration and for the sake of the Biafra struggle.

According to the pro-Biafra group “we support other moves that draw Biafra closer to actualization. We shall continue to collaborate and partner with every positive move and step that will affect the release of our other comrades in different Nigerian prisons mostly in Awka and Onitsha detention camps.

“The call for stay at home on Thursday, 21st October 2021 which has been our recalling measure and steps for effective civil disobedience is totally voluntary, this exercise has always been the life wire of the Biafran struggle which boomed the potency and acceptability of the Biafra struggle.

“The request for closure of markets, public/private motor parks, schools and other republic business premises are voluntary, not by force, it is a mark of respect and love for our fatherland and Mazi Nnamdi Kanu.

“As a nonviolent organization, Biafrans shall not be compelled, pressurized or forced to observe the stay at home exercise”.

MASSOB revealed that itself, IPOB, and other pro-Biafra groups will not molest, compel or intimidate anybody to observe the stay-at-home exercise as all her members shall stay indoors, further disclosing the ban on physical demonstration, a street march, procession, and other public functions in Biafra land.

According to the successionist organization, “the heavy presence of armed Nigeria Army, Mobile police, DSS operatives, Navy, Civil Defence in major cities of Biafra land since Monday are all signs of Military jittery, fear and cowardice, it is a mesmerization of President Buhari‘s Soldiers.

“The security panic the presence of soldiers have created in Biafra land will assist immensely and positively on the people to comply to our demands. The Nigeria security agents are complimenting and justifying the Biafra struggle”.

‘Bobrisky Will Suffer Incurable Sickness If He Doesn’t Repent’ – Rivers State Prophetess Warns
“Davido will be poisoned by someone living under his roof” – Pastor reveals prophecy (Video)
“I’m tired of the cheating” – Korra Obidi’s husband, Justin Dean shares more details about cause of their marriage crisis
“I Don’t Like To Promote My Music, I Just Like To Make The Music” – Wizkid Brags (Video)