Between the failing Nigeria nation and the regional calls for secession, the path to excellence
Posted by 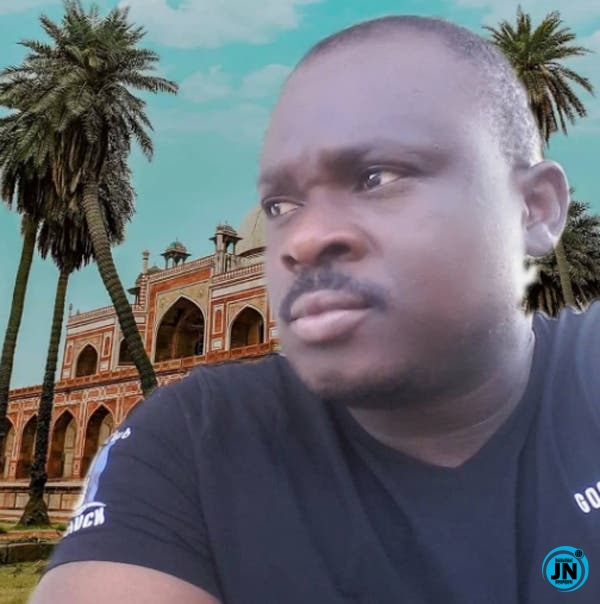 In a Preparatory Document Drafted by the International Committee of the Red Cross for the First Periodical Meeting on International Humanitarian Law in Geneva, January 19-23, 1998, they wrote, ”A situation of this type has roots that go much deeper than a mere crime, rebellion or banditry.

It involves the implosion of national institutions, authority, law, and order, in short, the body politics as a whole. It also implies the breakdown of a set of values on which the State’s legitimacy is based, often resulting in a withdrawal of allegiance and the people into a form of which is based on ethnicity, ideology, and religious affiliation and which becomes a residual and viable form of patriotism and identity.

In most cases, when State structures start to collapse, the maintenance of law and order, as well as other forms of authority, fall into the hands of various factions, taking possession of territories, either defending the people or unleashing mayhem.

And the State itself does not physically disappear, but gradually loses the capacity to carry out the order and the normal functions of government. And the disintegration of State structures seems to occur when the third constitutive element of statehood, a government in effective control, fades away.”

No doubt, in contrast to the founding principles of responsible government established by our founding fathers after the independence in 1960, the failure of the successive administrations in the country to perform their constitutionally mandated duty which is to serve the best interest of the Nigeria masses and implement policies that will not just benefit the political class but also the Nigeria people, is a very big threat to the unity, peace, and development of the country called Nigeria.

And if care is not taken, the next level in the process will be marked by the total implosion of government structures, so that the State is no longer legitimately represented before the international community and Chaos and crime – already widespread during the preceding phases and often foreshadowing total breakdown of law and order. And the question that every enlightened fellow will ask, ”Is this the best way to go?” my name once more, is Martins Chiedozie Ugwu

Honestly speaking, it is heartbreaking to know that all the agencies and institutions in the country and the members of the institutionalized collective body though expected to act as one, yet represent a loosed aggregation rather than a spontaneous coalescence. Like the Lebanese government, all represent or serve nothing but the interest of their tribes or propagate their selfish agenda or that of the organizations/party they represent and not the interest of the nation they suppose to serve. But unlike the Lebanese, there has been a great increase in the number of attempts to secede or balkanize the country, and here we will simply be looking at these new realities, attempting to make normative sense.

Though the reasons for the frequency of attempts to secede are complex and seem unrealistic there are some recent developments in the country that make the state-breaking even more promising and the biggest question no one could answer is, what happen after the secession? What is the possibility that the seceded states will be better than the former union? What is the guarantee that the rulers of the new Nation will not turn against each other as we are witnessing in different parts of the continent? How do we get the assurance that there will be peace and harmony among both the divided state and the seceded states, are there other steps we can take to trigger real development and ready the country for sustainable advancement?

But The Biggest and Most complicated question is ‘Is secession, The Answer.

Without prevarication, colonialism left a clearly insufficient system of nation-states with completely unimagined borders. However, a century after Europe created the edifice of African nation-states, many observers of the continent’s affairs say they foresee a potentially perilous period in which the structures will progressively crumble, with no one quite sure what to expect next. maybe this is it

In the closing years of this century, though, historians, political scientists, and other students of African affairs have begun a searching re-examination of the continent’s recent past. Increasingly they have concluded that many of its most persistent curses – from the plague of ethnic hatred widely known as tribalism to endemic official corruption – with powerful roots that are at least partly traceable to European subjugation and rule.

This new system as introduced by these teams of exploiters called Western Powers undermined the people’s indigenous system, which provided them with the means for pursuing their modest but sustainable life objectives, and replaced it with centrally controlled resources that were in short supply and subject to severely competitive demands.

Development was conceived as a means of receiving basic services from the state, rather than as a process of growth and collective accumulation of wealth that could, in turn, be invested in further growth. The localized, broad-based, low-risk, self-sustaining subsistence activities gave way to high-risk, stratifying competition for state power and scarce resources, a zero-sum conflict of identities based on tribalism or ethnicity.

Today, virtually every African conflict has some ethnic-regional dimension to it. Even those conflicts that may appear to be free of ethnic concerns involve factions and alliances built around ethnic loyalties. And analysts have tended to have one of two views of the role of ethnicity in these conflicts. Some see ethnicity as a source of conflict; others see it as a tool used by political entrepreneurs to promote their ambitions. In reality, it is both.

However, the understanding of the high degree of tribalism and stereotype even inside the various tribes in the country will help guide our actions and choices at this trying moment. For example, in many tribes in the country, some sections of the tribes are considered inferior to other  tribesmen and this thinking also manifests itself in the way we treat or sees each other even amongst ourselves, sharing the same language and culture. So the gross injustice, dangerous stereotype among ourselves including insatiable appetite for dubious acquisition of wealth and deep hatred even in the midst of various tribes in the country cast a shadow into the present realities.

It is important to note here that beyond the issue of protection of minorities, long recognized as a legitimate concern for the international community, the politics and conflicts of identity and their impact on the prospects for peace, stability, development, and nation-building must also be recognized as critical items on the agenda of a responsible and accountable sovereignty.

Secondly, Inasmuch as the modern African state is the creation of European conquest, restructuring the continent, linking it to the international system, and reconceptualizing and reconstituting the state will require the cooperation of Africa’s global partners where their interest will be discussed in a such that will not undermine the sovereignty of the state and fair trade deal aimed at advancing the continent and this can be pivotal to balancing the concerns of the internal actors. In addition, the international legitimacy of any new arrangements, which is necessary for building support from outside sources, can best be ensured by enlisting international partners for the understanding of the urgency of now.

Finally, worldwide interest in federalism is probably stronger today than at any other time in human history. The old attitude of benign contempt toward it has been replaced by a growing conviction that it enables a country to have the best of both worlds-those of shared rule and self-rule, coordinated national government and diversity, creative experiment, and liberty.

And it something worth saying that the few remaining highly centralized unitary nations in the world, like Spain, Indonesia, Sri Lanka, Italy including several African countries which Nigeria is not excluded, even the United Kingdom, France, have all faced major crises of secession or separatism. In fact, the United Kingdom has been slowly disintegrating for over a century, with the struggle for home rule in the 1880s, the independence of Ireland in 1921, followed by Scottish and Welsh nationalism, and 30 years of civil war in Northern Ireland.

Then, a look at the political activities in Indonesia will prove to you no country that practices the type of Nigeria system of government succeeds. Indonesia is devolving and is looking at the

Australian federal model as a way of doing it. Sri Lanka’s unitary structure has experienced catastrophic results, which might have been avoided if the various regions had possessed some degree of self-government under a federal arrangement. Here in our neighborhood, Take a look at several other African practicing the same style of government and tell yourself the simple truth if we should continue to pretend and shy away from the reality because someone wants to continue to unjustly dominate others, and some selfish merchants and greedy political actors want to continue to rip it bigger from the highly centralized treasury of the federal government.

It is time for leaders to rise quickly to begin to make laws and implement policies that in line with True Federalism. Because it is proven that classical federalism is an

effective way of reconciling unity and diversity. So why don’t we give it a try, learning from several successful countries in the world practicing true federalism? Evidence and realities on the ground leave no one questioning the fact that Nigeria is truly lying on the slippery precipice and may likely slide into hellfire if an urgent measure is not taken to rewrite Nigeria's history.

Davido’s Artist, Lil Frosh Called Out For Allegedly Beating His Girlfriend Beyond Recognition, See Photos
‘You’re An Hypocrite’ - Nigerians Blast DJ Cuppy For Sharing Picture Of Herself Crying On IG (Photo)
What Happened When I Stopped Being A Jehovah Witness - Twitter User Narrates Terrible Experience
Accra Markets to be closed down over Coronavirus outbreak in Ghana