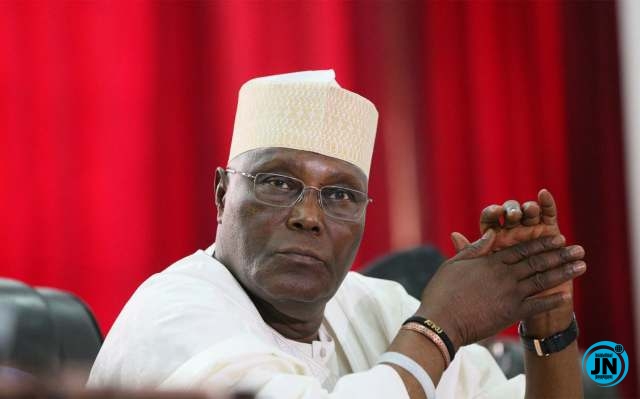 The ruling All Progressives Congress APC has chastised the Peoples Democratic Party PDP and its presidential candidate in the 2019 election, former vice president Atiku Abubakar for condemning the recent hike in electricity tariff and fuel pump price, describing it as the height of hypocrisy.

It accused Atiku of being double-faced and lacking in integrity if after promising to deregulate the economy during the campaigns, he can now turn back to criticize President Muhammadu Buhari's administration for doing exactly what he (Atiku) had promised to do if elected.

“The PDP and Atiku’s reaction to what has been adjudged an inevitability by many experts clearly depicts the height of hypocrisy demonstrated by them on many issues relating to the progress and wellbeing of Nigeria”, the ruling party said on Wednesday.

APC in the statement by its Deputy National Publicity Secretary, Mr. Yekini Nabena said as genuine patriots, reputable groups and organizations, make honest contributions to the reactions about the deregulation of electricity and petrol prices, it received with some amazement comments attributed to the PDP and Alhaji Atiku, condemning the decision of the Buhari administration to deregulate the PMS sector.

It described as “worrisome the action of the PDP’s presidential flag bearer at the 2019 general elections”, saying “it is rather unfortunate if true, the comments reported by a section of the media, condemning the removal of petrol subsidy, is attributed to Atiku Abubakar”.

Part of the statement of reads; “Atiku’s comments clearly reveal his two-facades and portrays him as a man not only acutely lacking in integrity but one that should never be trusted. Atiku continues to justify the majority of the Nigerian people who rejected him at the polls. This stems majorly from the fact that he was part of the government that created the “corrupt petrol subsidy” monster and also the chaos in the electricity sector.

“A further portrayal of Atiku’s hypocrisy was his pretentious promise to deregulate the downstream petroleum sector by privatizing the NNPC. Atiku made the sale of NNPC to his friends and the deregulation of both the PMS and the electricity sector the hallmark of his 2019 presidential election misadventure.

“Atiku argued at different forums in 2018 and early 2019 that NNPC and the power sector must be disbanded through privatization if they must be efficient.

“Quoting his specific words about the privatization of the NNPC as a springboard for the deregulation of the downstream sector, Atiku said, ‘Privatising NNPC would be to our advantage. We are not going to lose anything, but we will rather gain a lot,’ according to a Guardian story of January 17, 2019.

“During the campaign and as reported by Reuters on November 19, 2018, ‘Nigeria’s Abubakar promises to boost oil investment, cut subsidies if elected.’ The news report added ‘Abubakar said he would eliminate subsidies on imported fuel and let the market determine the price.’

“Again, his campaign platform, during the electioneering also disclosed: ‘The liberalization of the downstream sector of the petroleum industry to, among others, allow market-denominated prices for Premium Motor Spirit and eliminate subsidies for its consumption.’

“Recently, specifically in June 2020, Atiku, in a tweet, hailed the Buhari administration’s drive to remove subsidy on petrol, saying that ‘the stoppage of subsidy and price-fixing is a right move, although it should have come earlier when the economy was stronger.’

“FG and state governments should proceed to remove other impediments and roll out incentives to spur investments in the sector, especially the numerous refineries that have been licensed but yet to be built. Then ensure the quality of fuel meets set standards.’

“Even Atiku’s Economic Adviser, Mustapha Chike-Obi, has the decency to hail the decision to remove subsidies for petrol and electricity.

“Adding his views to the debate Chike-Obi tweeted, ‘the gradual dismantling of subsidies by the Buhari Administration is well advised. It was unsustainable, and this policy adjustment though late in coming is the proper economic decision. We must not oppose good policies in the name of political opposition.’

“Judging from its background as a party that instituted the very corrupt subsidy regime in the petrol sector, the PDP lacks the moral credentials to question an honest and transparent move by the Buhari-led administration to find lasting solutions to the problems caused by the party in the years that it led the affairs of the country.

“Describing the deregulation of the price of petrol by the APC-led government as callous and cruel is rather sarcastic and tongue-in-cheek, given the pain and anguish suffered by Nigerians on long queues at petrol stations when the PDP-led government presided over a very corrupt subsidy regime.

“It is therefore laughable that the same set of people will turn around and condemn decisions taken to fix the mess they created in the system. The PDP’s outburst indeed exposes once again its real fraudulent character and plot to patronize Nigerians and make them suffer in perpetuity by keeping a fraudulent subsidy arrangement that feeds a few individuals at the expense of the masses.

“Judging from the foregoing, the PDP, Atiku Abubakar, and comments attributed to them should not be taken seriously as they simply lack the decency required to guide Nigeria and Nigerians to the path of prosperity and progress”.

“In line with the drive to deregulate the oil sector, the petroleum products pricing template now reflects competitive and market-driven components which have, in turn, freed up cash to fund the ongoing development of critical infrastructure across the country”.