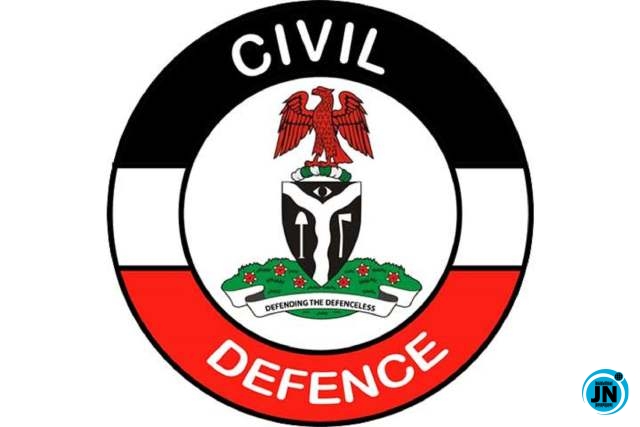 Commandant General of the Nigeria Security and Civil Defence Corps NSCDC, Abdullahi Gana Muhammadu has suspended operatives of the corps who were involved in an altercation with road traffic officials on Tuesday evening in Abuja, saying the corps would never condone indiscipline.

Gana in response to Vanguard inquiries Wednesday morning said he has also confiscated the staff bus attached to the Nyanya-Mararaba route while the suspended officers are currently being investigated with a view to determining their extent of involvement and meting out appropriate punishment to them individually.

“I have suspended all of them and seized the welfare bus”, Gana said in the message, adding that the driver of the staff bus has also been detained.

Chairman of the Federal Capital Territory FCT Ministerial Taskforce on Traffic Management, Ikharo Attah said the traffic officials were on “truck timing and traffic free-flow operations when the NSCDC bus carrying officials came and insisted on taking an unapproved path at about 4.40 pm at Kugbo slope in Abuja”.

He said when they were prevented from breaking the law, the NSCDC operatives got angry and descended cruelly on the road traffic officers from the FCT Directorate of Road Traffic Services DRTS.

“They sprayed teargas into the eyes of one of the traffic officers. Some civil defense personnel beat up traffic officers, injured them, and damaged their official vehicle. They threatened to deal with the personnel more severely next time as they drove away.

“The FCT traffic management team condemns in totality this barbaric act”, he stated.

In separate statements from the NSCDC Public Relations Officer, Emmanuel Okeh and Media Assistant to the Commandant General, Ekunola Gbenga, the Corps management condemned the assault and “expressed complete disappointment at the unprofessional conduct of those involved in the alleged assault on the traffic officers (VIO) while on legitimate duty, describing the action as barbaric, highly condemnable and ethically unacceptable by the Corps”.

The CG assured that the Corps will not condone any form of indiscipline, abuse of power, or brutality against anyone.

“To this end, he has ordered an immediate withdrawal of the staff bus from the route of the incident, set up a machinery for full-scale investigations into the matter, and recommended an immediate suspension of those culpable in the matter.

“While expressing regret over the incident, Gana seized the opportunity to appeal for calm and assured the Management of FCT Department of Road Traffic Services (DRTS) of prompt punitive action against any erring Officer. Noting that the Corps holds the mantra of interagency collaboration and synergy very seriously and therefore, will not sweep any act of impunity or indiscipline under the carpet.

The CG, therefore, warned Corps personnel to desist from any unwholesome practice or behavior that could rubbish their integrity and tarnish the image of the Corps, reiterating that, anyone found guilty shall face the wrath of the law.