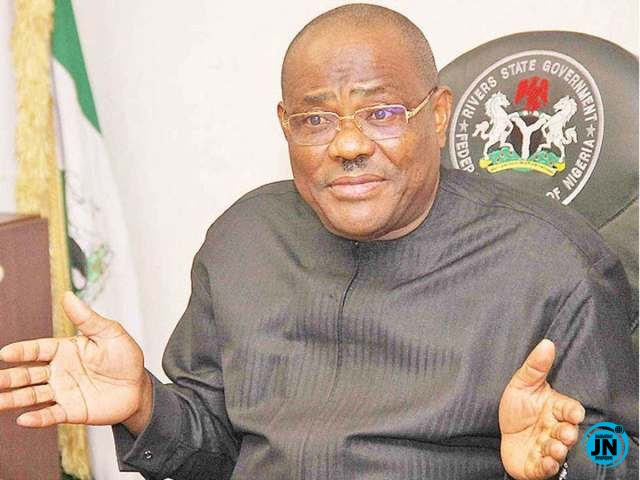 Governor Nyesom Wike says the ruling All Progressives Congress (APC) is stuck on the narrative of endless excuses to wish away its “colossal failure” in nation-building since wrestling power from President Goodluck Jonathan in 2015.

Wike at a Rivers state Peoples Democratic Party (PDP) reception for teeming APC defectors on Thursday, also boasted that his governorship achievements thus far have rendered extinct, the APC and all opposition parties in Rivers.

He asked the APC defectors, “Are things better today? So why do you allow people to tell you lies? How long can you continue to listen to the lies of the All Progressives Congress? They have nothing for Nigerians. It is unfortunate that there was a conspiracy to remove a Niger Delta person as President”.

On perceived federal government neglect of Rivers, Wike stated, “Since they started Bonny Bodo Road, what has happened? As we speak, the Federal Government has not released her counterpart funding for that road. Now, NLNG said let us do it and then deduct it from the tax we pay to the federal government. Is it how they have been doing in other states?

“By next year, political activities will kick start, when will they build infrastructure again? Somebody will come and tell you, people, Federal Government has approved industrial pack; they have approved deep seaport in Bonny.”

To the defected APC members, he said, “Thank you for this bold step to join the PDP.  Only a wicked man who does not like good things will not see what we are doing in Port Harcourt. With our achievements, we have killed any party that wants to raise its head.

“This is done by your support. On May 27, 2015, somebody said we can’t pay a salary. Today, we are not talking about payment of salary, we employing 5000 youths into the state civil service.”

On behalf of the defectors, Dr. Henry Ogiri said they were motivated to return to the PDP because of the quality of people-oriented projects embarked upon by Governor Wike