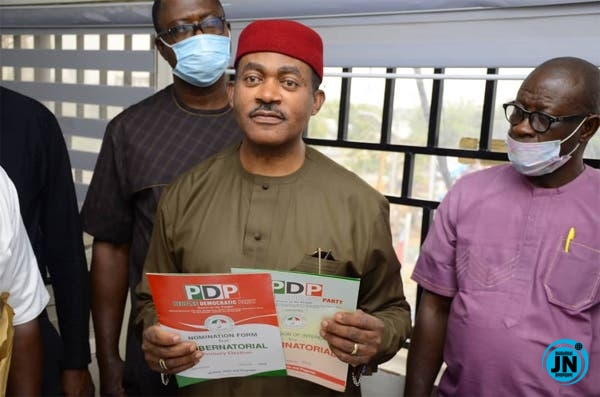 Ahead of the Anambra state governorship election scheduled to hold in November, the leading contender and foremost gubernatorial aspirant on the platforms of PDP, Dr. Godwin Maduka has picked his expression of interest and nomination forms to contest the Nov 6th governorship election, as he officially joins the race.

Maduka while briefing newsmen at the PDP national secretariat in Abuja moments after picking the form, reiterated his determination to bring about the needed people-oriented leadership and assuring them of his well-articulated 10-point agenda for the State.

He noted that today, Anambra State has faced many challenges hence the need to be united in their stance and face up to difficulties with fortitude and determination to respond to differences with an inclusive attitude.

“The journey towards liberating Ndi Anambra and restoring our pride of existence has just begun in earnest. I seek your prayers in your daily devotion and your supports. There shall be indeed showers of blessings; seasons refreshing; precious reviving and sound of abundance when we assume office,” Maduka mentioned.

Continuing, he added; “I bring the message of hope to the unemployed youths, to the deprived pensioners and the oppressed people of Anambra State. I am confident that together we will emerge victoriously.

“We are one people, one destiny. With eyes fixed on the horizon and God’s grace upon us, we shall carry on this great task of rebuilding Anambra state and deliver it safely to future generations,” he said.

Maduka’s expression of interest has sent jitters down the spines of his opponents, as the Las Vegas medical practitioner and Okosisi Orumba has been tipped as the one to brace the tape of victory in the Anambra State governorship election.

He has promised radical changes in key sectors of the Anambra economy such as health, education and also vowed to open up the State to the global economy.

Maduka has also promised to bear his international exposure, to change the sorry state of Anambra and improve on the basic infrastructure and wellbeing of the people. 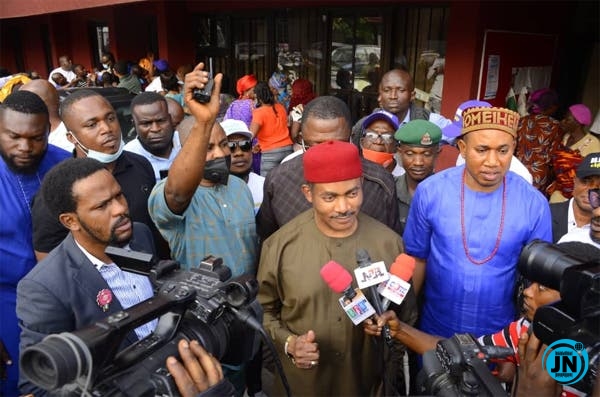 Some of his supporters who accompanied him to the PDP Secretariat in Abuja spoke to the press.

“Before picking the form, Maduka has made a huge impact on the people of Anambra State, through his numerous philanthropic and humanitarian activities across the State,” said one.

“His forthcoming declaration has been adjudged more or less, a victory party in advance, as his giant's strides in the State have already earned him overwhelming support for his governorship ambition,” another supporter added.