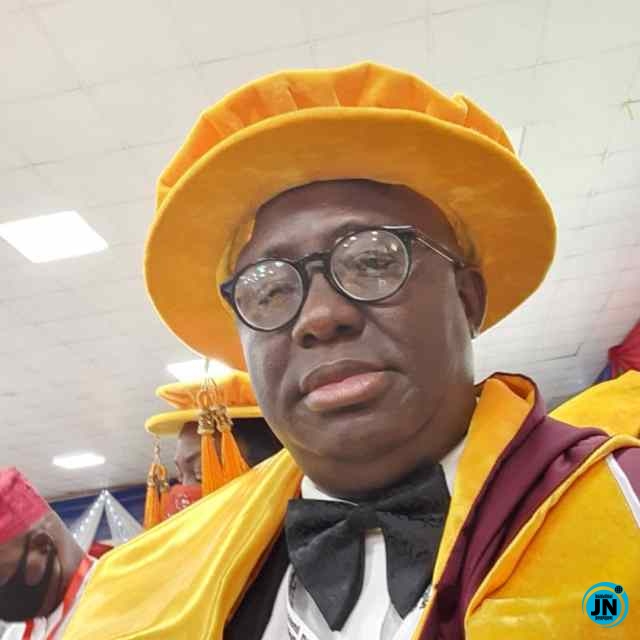 Marketing communications specialist and Reputation Management practitioner, Otunba Ademola Adedoyin, has been decorated with the Fellowship Gold Medal of the Nigerian Institute of Public Relations (NIPR), in attestation of his standing as a foremost professional in the Public Relations practice in Nigeria.

He was decorated at the 2021 Annual General Meeting/Conference of the institute in Bauchi, Bauchi State today.

He enjoyed a blazing spell as a media professional between 1987 and 2000, which recorded him winning the Diamond Award for Media Excellence (DAME) Energy Reporter of the year 1994, a feat that was repeated in 1995. In that same year, he bagged the Best Energy Correspondent Award at the Nigerian Media Merit Awards (NMMA). And in 1996, Adedoyin was one of the three nominees for the NNMA Print Journalist of the Year Award.

The Communications specialist also made a mark in the Television subsector of the Nigerian media space with the production and presentation of oil and gas news bulletin programs, EnergyThisweek and Nigerian Content Weekly, that projected policy issues with authoritative industry voice on air, week in week out on prime time TV across Channels TV and the Nigerian Television Authority Network.

A former General Secretary of the Public Relations Consultants’ Association of Nigeria, PRCAN, Adedoyin has contributed immensely to the profession in the country and continues to do so through regular publications and intellectual contributions to the practice.

He holds the Chieftaincy title of Otunba Onigegewura of Esieland.

In a media chat after the investiture, Otunba Adedoyin expressed gratitude to God for the heights he has attained in his career and he singled out the corporate titan and business mogul, Dr Tunde Ayeni for appreciation, amongst other eminent Nigerians who have contributed to his career success over the years.