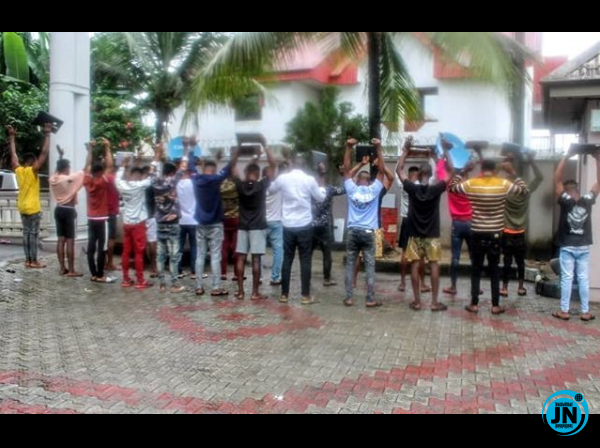 22 suspected internet fraudsters have been arrested in Owerri by operatives of the Uyo zonal office of the Economic and Financial Crimes Commission, (EFCC).

The ages of the all-male suspects ranges between 20 and 41.

Several cars and gadgets were recovered from them during the arrest.

15 laptops and 20 sophisticated mobile phones were also recovered from them.

The suspects will be charged to court as soon as investigations are concluded.

Lekki big boy all smiles after being arrested with charm loaded inside a boot
11-year-old boy who was arrested enrolled in private school in Edo
No one has been arrested over Kodak’s death – Clarence Peters issues statement
Rising Nigerian Artistes, Omah Lay & Tems Reportedly Arrested In Uganda, Here Is What Happened