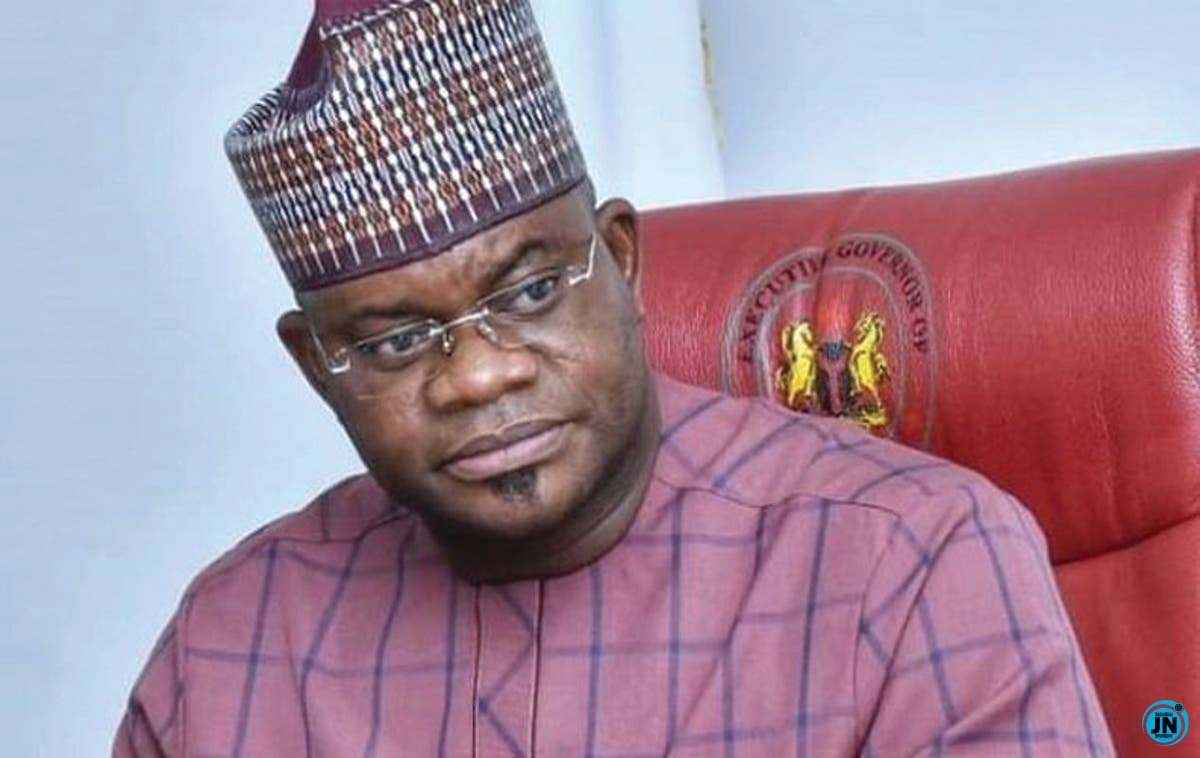 The Kogi house of assembly has asked Yahaya Bello, the governor, to run as either president or vice-president in 2023.

The resolution of the assembly followed a motion sponsored by Hassan Abdullahi, majority leader, on Wednesday.

While moving his motion, Abdullahi said Bello has performed well since he assumed office in 2016 and has initiated “sound economic policies and programmes.”

“The right honourable speaker and honourable members of the Kogi state house of assembly upon due deliberation of proper motion therefore, do hereby unanimously make and pass a vote of confidence on his excellency, governor Yahaya Bello of Kogi state,” the lawmaker said.

“Under his watch, Kogi state has been transformed from the kidnap capital of Nigeria outside the embattled north-east, into a polity where abduction of humans for ransom, along with other violent crimes like armed robbery and the formerly ubiquitous herdsmen scourge, have become mere opportunistic aberrations.

“That this at various times, culminated in Kogi state ranking as the second most peaceful state in the federation and the most peaceful in the North.

“That this Kogi state house of assembly further makes a call to national service to His Excellency, Governor Yahaya Bello of Kogi state and we hereby impress it upon him to run for the office of the president or vice-president of Nigeria in 2023 – after his current assignment in Kogi state.

“That this solemn call is first and foremost premised upon and borne of our belief that the subject, Yahaya Bello, is a fit and proper person, with the right mix of youth, experience and track record to answer – same firmly and decisively in 2023 and beyond.”