2023 Presidency: Anyone from South, not just S-East, can contest — Osoba
Posted by 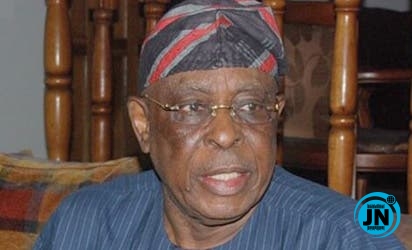 FORMER governor of Ogun State, Chief Olusegun Osoba, has said it is the right of anyone in the Southern part of Nigeria to aspire to become the president of the country, ditching claims in some quarters that the South-East should succeed President Muhammadu Buhari.

Osoba, who was a guest on ARISE News, said nobody from the South-East has approached him as a major stakeholder of the ruling All Progressives Congress, APC, to lobby for the country’s number one position, painting a veiled picture of unseriousness on the part of South-EastEnders to clinch the number one position of Nigeria.

He said: “As far as I am concerned nobody, and I say it categorically, has told me that the Igbo or the easterner wants to run for the presidency, all I read are on the pages of the newspaper.

There were claims that there was an agreement within the governing APC that since President Buhari, a northerner, would round off his second term in 2023, power should shift to the south.

A few months ago, one of the party’s prominent members, Babatunde Fashola, the works and housing minister, said at the inception of the party seven years ago, there was an agreement that power should rotate between both regions and demanded that it should be respected.

He warned that it would be dangerous to abandon the agreement.

Osoba, however, told ARISE News that former governor of Lagos, Asiwaju Bola Tinubu, has the right to contest for the presidency in 2023 despite the South-West producing the president from 1999 to 2007, but noted that the agreement to shift the party’s presidential ticket to the south was not zeroed down to an individual.

His words: “Of course, Bola Ahmed Tinubu as an individual has the right to put himself forward, we did not zero in on an individual. It’s Bola Tinubu’s right to put himself forward. My attitude is that we need to come together to speak with one voice and if we (the southwest) want to get the presidency, let us all ensure the southwest become a force to get the presidency.

“Zeroing in on any individual will destroy our effort, but Bola Tinubu, as an individual, has the right to pursue his own personal agenda.”

2023 Presidency: Anyone from South, not just S-East, can contest — Osoba