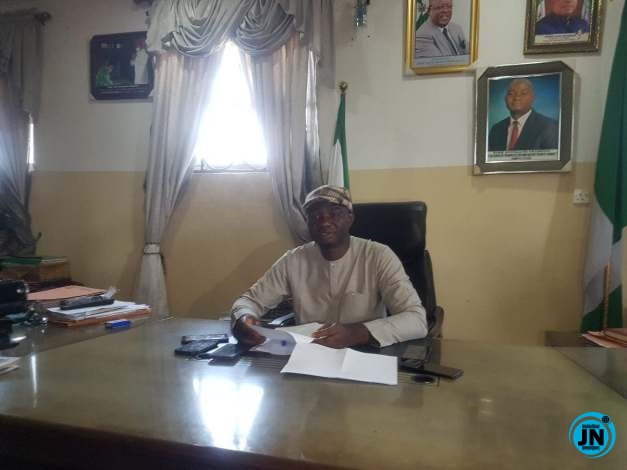 The former Chairman of the Peoples Democratic Party, PDP, in Ebonyi state, Barr Onyekachi Nwebonyi, has stated that he was happy to quit the PDP, alleging acts of injustice as one of his reasons for leaving the Party.

Nwebonyi who stated this during a reception organized in his honor in Abakaliki after his appointment by Governor David Umahi as the Commissioner for Abakaliki Capital City added that PDP’s inability to zone the 2023 presidential ticket to the southeast was a clear indication of the Party’s deceit and marginalization of Ndigbo on issues bordering on 2023 presidential election.

He further berated the party for lacking the operational mechanism of Internal democracy as such development had oftentimes made the party insensitive to the plight of the members of the PDP in the State and country at large.

“I’m very very happy to quit PDP because it is a party filled with injustice. You can see that the party is taking the Igbo race for granted.

“Then, we had always delivered the party in all elections and it goes with that saying that 2023 is the turn of the Igbo race to produce a Presidential candidate of the party, unfortunately, and most amazingly, they said that the ticket is over.

“Now it is the turn of the Southeast and you are saying it is over, it is a height of deceit.

Appreciating the Governor for his recent appointment, the former PDP Chairman narrated that: “Upon assumption of office in the year 2015, he appointed me the co-ordinator of my Local Government.

“Seven months later, I was elevated with the state Chairman of PDP, and two days ago, I resigned my membership of PDP;

“I joined the All Progressive Congress and he has now blessed me with another position as Honourable Commissioner in Charge of the Abakaliki Capital City.

“It’s a thing of joy and I want to use this medium to assure you people of my total commitment towards serving him to make sure that we take the modern city of Ebonyi State to the desired next level.

“My focus as the Commissioner is of so many facets: one, we are going to clean the city, environmentally.

“The city is not receiving due attention in terms of environmental sanitation to complement what the governor is doing. So, we are going to restart the monthly sanitation exercise.

“We are going to start by the last Saturday of April and you will see the difference. Outside that, we are going to review the town planning because as you can see, people are building houses indiscriminately, building even along the waterways, living along the walk-way paths and with total disregard to the plan of the City.

“So, we are going to go back to the drawing board and make sure that the city is properly designed not just for today but for tomorrow.”