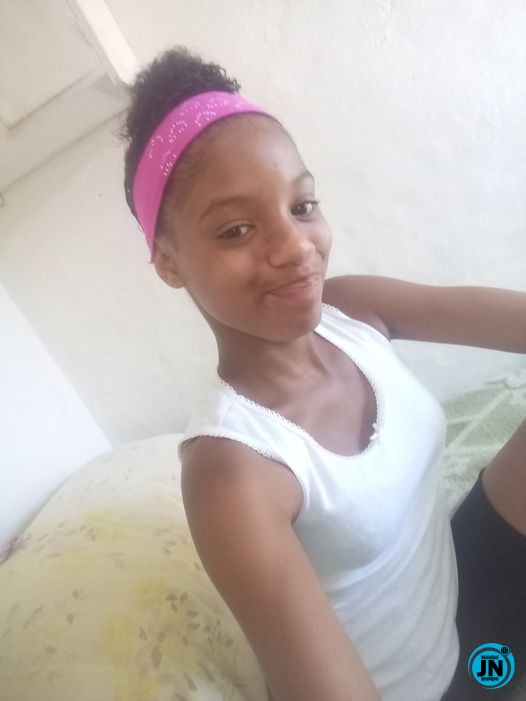 Five men have been apprehended after a 14-year-old girl was gang-raped and stabbed to death in Port Elizabeth, South Africa.

According to reports surrounding the incident, it’s alleged that on Thursday, January 7, 2021, at about 08:30, police received information of a body of a female lying in bushes between Gelvandale and Algoa Park. She sustained multiple stab wounds. 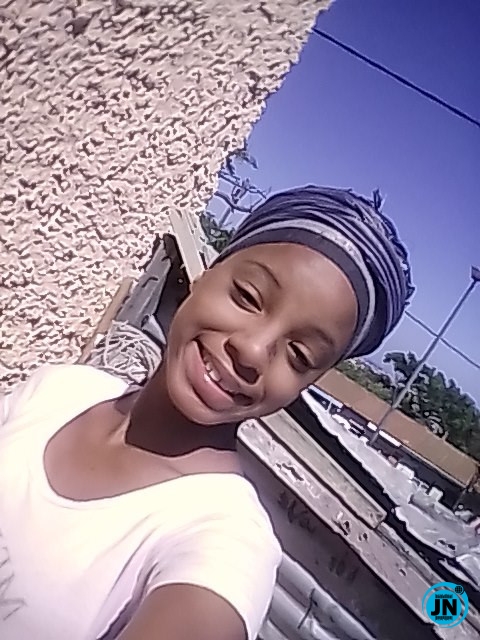 Early on Saturday morning, January 9, 2021, at about 06:00, the hunt for the suspects began, and at about 07:15, the first two suspects were arrested at a house in Old Stanford Road.

A few minutes later, three other suspects were rounded up at houses in Bongo and Pienaar Streets. All suspects have gang affiliations and are aged between 18-33 years old. Further arrests are expected. 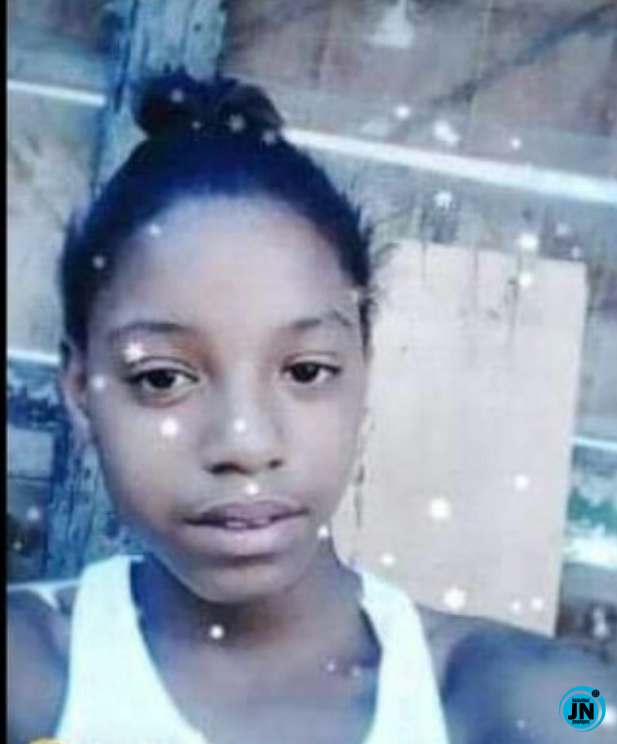 It is further alleged that on Tuesday evening, 05 January 2021 at about 21:30, Ms Jordaan was in the company of 12 males at a house in Bongo Street which is used for smoking drugs. She was allegedly gang-raped.

The arrested suspects will appear in the Port Elizabeth magistrates’ court on Monday, 11 January 2021 on charges of rape and murder.

The Provincial Commissioner, Lt Gen Liziwe Ntshinga applauded the multi-disciplinary team who cracked a case of a gruesome murder and rape of a 14-year-old teenager in Helenvale, Port Elizabeth.

Lt Gen Ntshinga expressed her shock and sadness of such a heinous act of violence against a helpless child.

“Violence against children is totally intolerable therefore we will ensure that these perpetrators are denied bail. The occurrence and societal problem of gender-based violence continue to be a profound and widespread problem in our country. The SAPS further reiterates its commitment to eradicate and eliminate all forms of gender-based violence and we call on our citizens to unite against this sick scourge.” added Lt Gen Ntshinga. 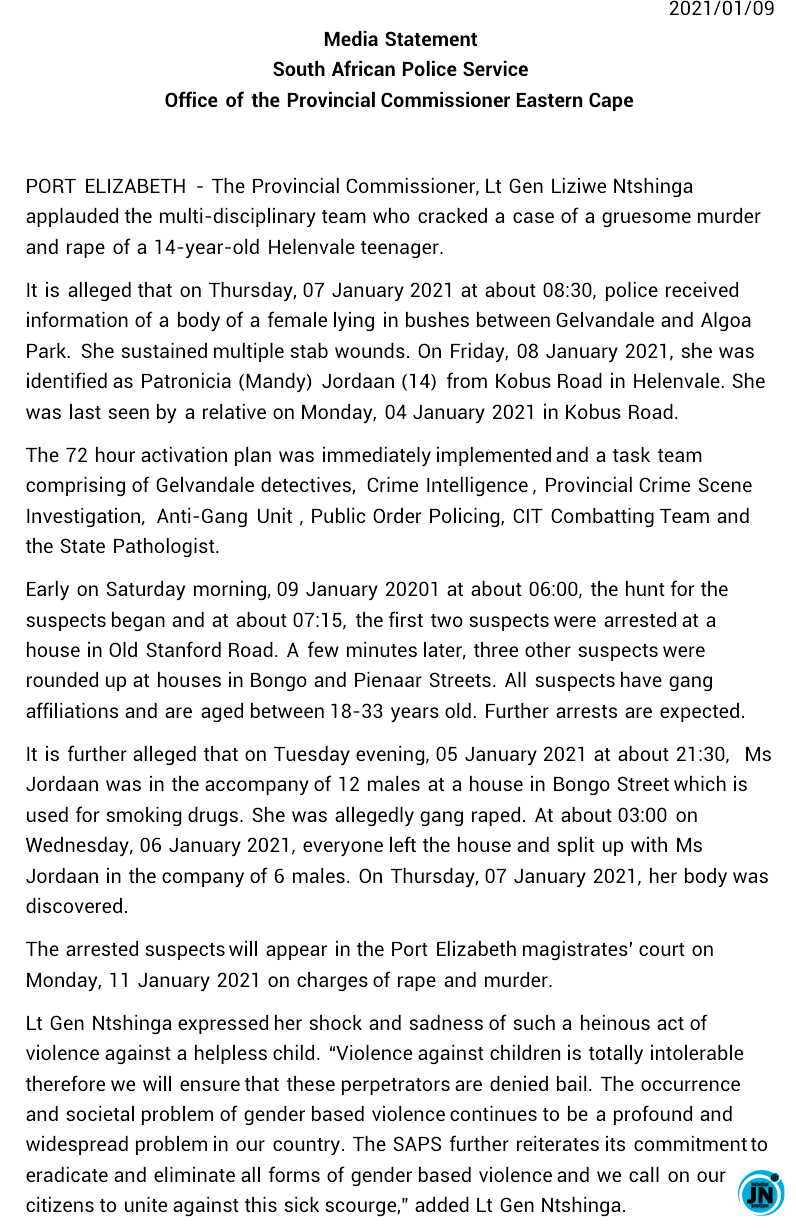 2023 Presidency: Anyone from South, not just S-East, can contest — Osoba
Southern, Middle Belt Leaders lampoon Presidency for attacking Obasanjo over comments on Nigeria as failed Nation
South African Rapper, AKA Speaks On Burna Boy Not Winning Grammy Award
I Love South Africa – Burna Boy Declares Ahead Of His Performance In The Country

Such a beautiful young girl and to endure such hanious crime and then be to be murdered. The blood of this young girl cries out to the most high God. I pray these men have an encounter Jesus.