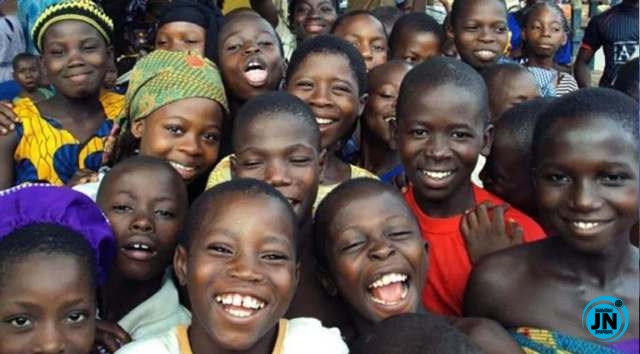 A recent study at the  University College Hospital, Ibadan has revealed that only $100 about N38,639 is needed to prevent 8 children from pneumococcal infections throughout their lifetime.

The study led by Dr. Adegoke Gbadegesin Falade, a pediatrics consultant also reports that eight out of nine cases with proven pneumococcal meningitis died in Ibadan, Oyo State, and over 50 percent of pneumonia deaths in Nigeria are amongst children under five years.

Death from pneumococcal diseases, despite being entirely preventable, still accounts for 29 percent of under-five mortality globally where India and Nigeria share close to half of this global burden.

According to a UNICEF Report, every year in Nigeria, Pneumonia disease is responsible for an average of 162, 000 deaths among under-5 years old children alone, – the highest in the world.

In a bid to stem mortality from pneumococcal infections, and achieve the 4th Sustainable Development Goal (SDGs), the Nigerian government submitted a proposal to Global Alliance for Vaccines and Immunization (Gavi) for funding to introduce a newly manufactured vaccine called Pneumococcal Conjugate Vaccine (PCV-13) into Nigeria’s immunization schedule at no charge to all under-23 months children across the country.

A phased rollout of PCV commenced on December 22, 2014, with support from Clinton Health Access Initiative (CHAI) and other in-country implementing partners. The introduction of PCV-13 in Nigeria is expected to save 35,000 infant lives annually.

However, a study carried out on health benefit and cost-effectiveness analysis of the pneumococcal conjugate vaccination (PCV)  program in Nigeria, carried out by a team of researchers from the University of Ibadan, Kharkiv National University of Economics, Institute of Tropical Medicine in Antwerp, London School of Hygiene and Tropical Medicine and the London School of Economics and Political Science, led by Dr. Israel Oluwaseyidayo Idris, a public health physician, medical Epidemiologist and health economist, has attributed the rise of pneumococcal diseases caused deaths in Nigeria to the rapid emergence of antimicrobial resistance (AMR) which is caused by the inappropriate use of antibiotics which could be as a result of administering overdose (misdiagnoses and over-treatment of signs and symptoms of patients that do not have pneumonia or other Pneumococcal diseases) or underdose (incomplete antibiotic dosage) administered to children by their mothers or parents due to ignorance.

In all, both over and under-use of antibiotics can lead to antimicrobial resistance (AMR).

The report emphasized that the absurd increase of pneumococcal disease caused death is as a result of a lack of adequate diagnostic and health care centers to timely diagnose this infection among children in the country.

According to the report, While Pfizer pharmaceuticals have decided to provide the vaccine at a subsidized rate to all low middle-income countries with a high burden of the diseases like Nigeria, at a subsidy of $7 per dose from 2014 to 2025, the Nigerian government has a partnership with the Global Alliance for Vaccines and Immunizations (GAVI)  to provide 75% financial support in the implementation of PCV national children vaccination program from 2014 till 2025.

This further reduces the cost of vaccine to $3.30 per dose it said.

Further revelations from the study suggest that while 14 million discounted episodes of total pneumococcal illness, 7 million outpatients, 453,075 inpatients, and 108,177 deaths would be prevented over the period of 2026–2033.

The total health cost reduction when under-five children are vaccinated with PCV13 from 2014-2025 is estimated to be about $455 million and $485 million from both government payment and societal (family) payment perspective respectively.

However, the cost reduction was about $420 million and $448 million from government and societal perspectives respectively in 2026-2033. In all, the national PCV vaccination program would have an approximated 31.4 percent and 30 percent reduction of the total burden of pneumococcal diseases over the period of 2014-2025 and 2026-2033 respectively.

In other words, only $100 is needed to prevent 8 children from all pneumococcal infections throughout their lifetime.

In light of this recent discovery, the question is should Nigeria continue with using the PCV-13 for Pneumococcal disease burden control post-2025?

Idris et al,  maintain that the PCV-13 national immunization program should be continued. This is not just because the WHO’s official position states that pneumococcal vaccines should be prioritized as part of the national immunization program, (particularly in countries with a high child mortality rate), but largely because, this study also demonstrates that the advantages of the introduction of PCV in Nigeria are expected to avert an approximated 189,755 deaths among under-5 years children in a duration of 11 years (2014-2025).

Nevertheless, for effective implementation, the Nigerian government needs to execute some steps towards ensuring the success of the program.

These steps, according to the researchers,  includes Increasing budgetary provision to the health sector from the current allocation of 3-4 percent to the WHO recommended 15 percent of the total budget, Decentralisation of the budgetary funding system to state levels healthcare system in order to encourage smooth implementation and eliminate bureaucracies that abound when funds are disbursed from federal accounts.

The creation and establishment of the budget line in the national health account for the scale-up after successful implementation as well as transparency with Advance Market Commitments (AMCs) from the federal government of Nigeria who must set systems in place to stimulate the development and manufacturing of vaccines.

In addition, Sustained advocacy and engagement of all federal and state ministries of health, community, and all relevant stakeholders are needed to update and progress towards the roll-out of the PCV-13 program as well as the Elimination of parallel and vertical systems, that is, activities of donor-funded bodies must be harmonized to avoid duplication of results as this promotes waste and should be guarded against.

All we know about the woman who mistakenly went live on Instablog9ja (Details)
What I told Trump about Christian massacre, by Buhari
Chidinma Ekile Net Worth and Biography: Age and 3 Crazy Facts About Her
See What Don Jazzy Told His Fans About Social Distancing